Inside: How Long Is A High School Lacrosse Game?

So, are you or someone you know signing up for your high school’s lacrosse team? How exciting! There must be a million things you want to learn before the season officially begins.

Sports are so important for teens because they teach so many valuable lessons. Things like coordination, teamwork, and strategy all play a big part in learning a sport, regardless of what it is.

But lacrosse is one of my favorites! 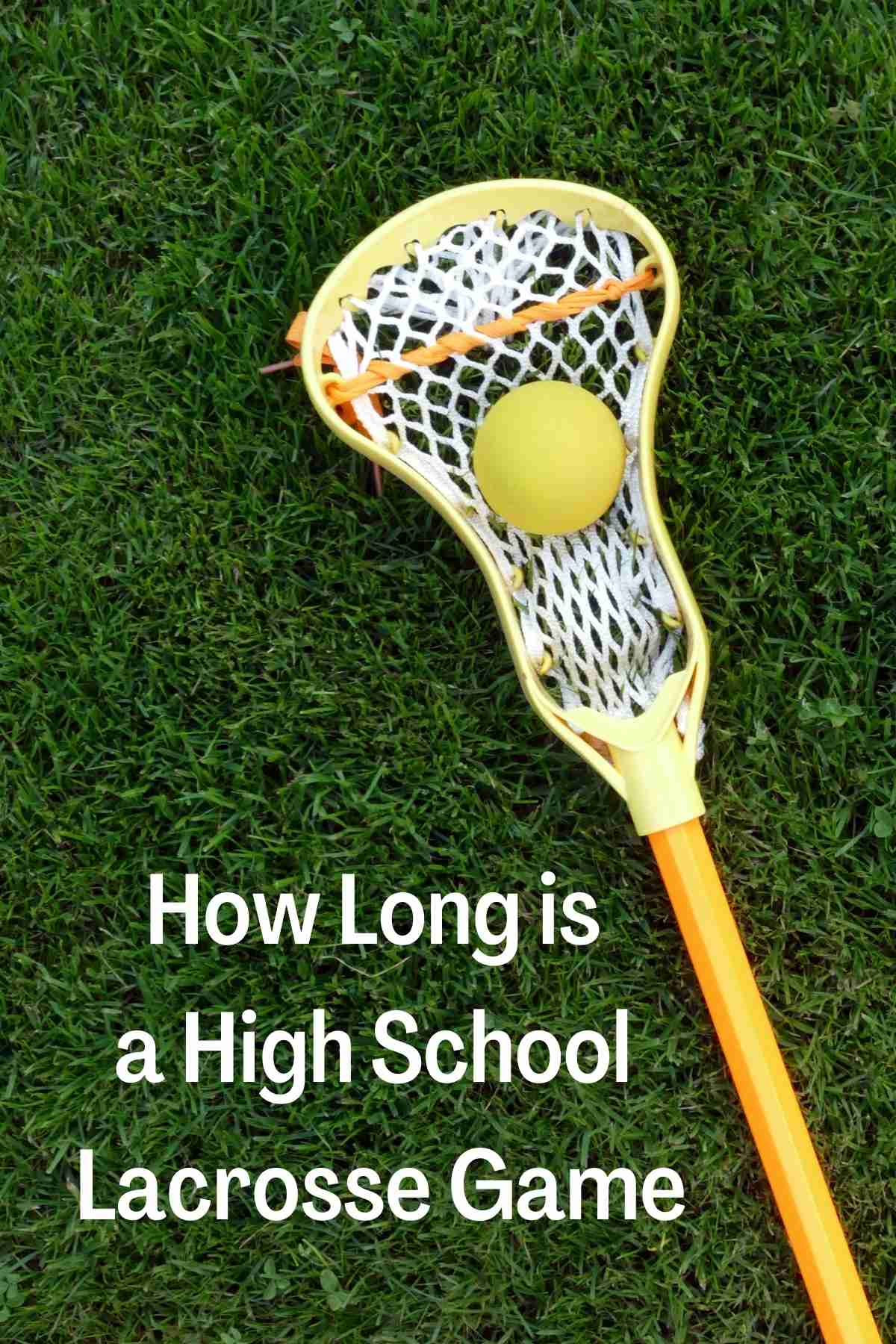 I live in a small town, and my high school didn’t offer lacrosse. I had no idea that this sport existed until I watched Teen Wolf(a popular show that ran from 2011 to 2017), in which the main character was on a lacrosse team. Needless to say, my intrigue was peaked…and I am now a fountain of knowledge on the subject.

I wanted to help out those of you who don’t know very much about this epic sport, let’s start with the basics.

Lacrosse is essentially a team sport in which the player’s goal is to get a rubble ball into a net. Kind of like soccer but instead of kicking, you use sticks with nets on the end of them. The lacrosse stick is long with a squash-shaped net at the end, which is used to catch and throw a small rubber ball. Players are allowed to catch it, run, shoot, and pass this small ball as long as they don’t touch it with their hands.

Like basically every game out there, at the very end, the team with the biggest number of points is declared the winner.

This game requires good stamina, seeing as there is A LOT of running, but is known to be one of the best sports for exercise and competitiveness. How cool right?

How Long Is a High School Lacrosse Game?

Typically, playtime for a high school lacrosse game ranges from 40-48 minutes. Something else to keep in mind is the 10-minute intermission that happens during halftime at every game. This 10-minute break gives the players time to rest and re-strategize, while also giving the audience time to go get some snacks!

All in all, a high school lacrosse game will take around an hour in total. This is a pretty doable amount of time compared to football which takes 2.5 hours on average. 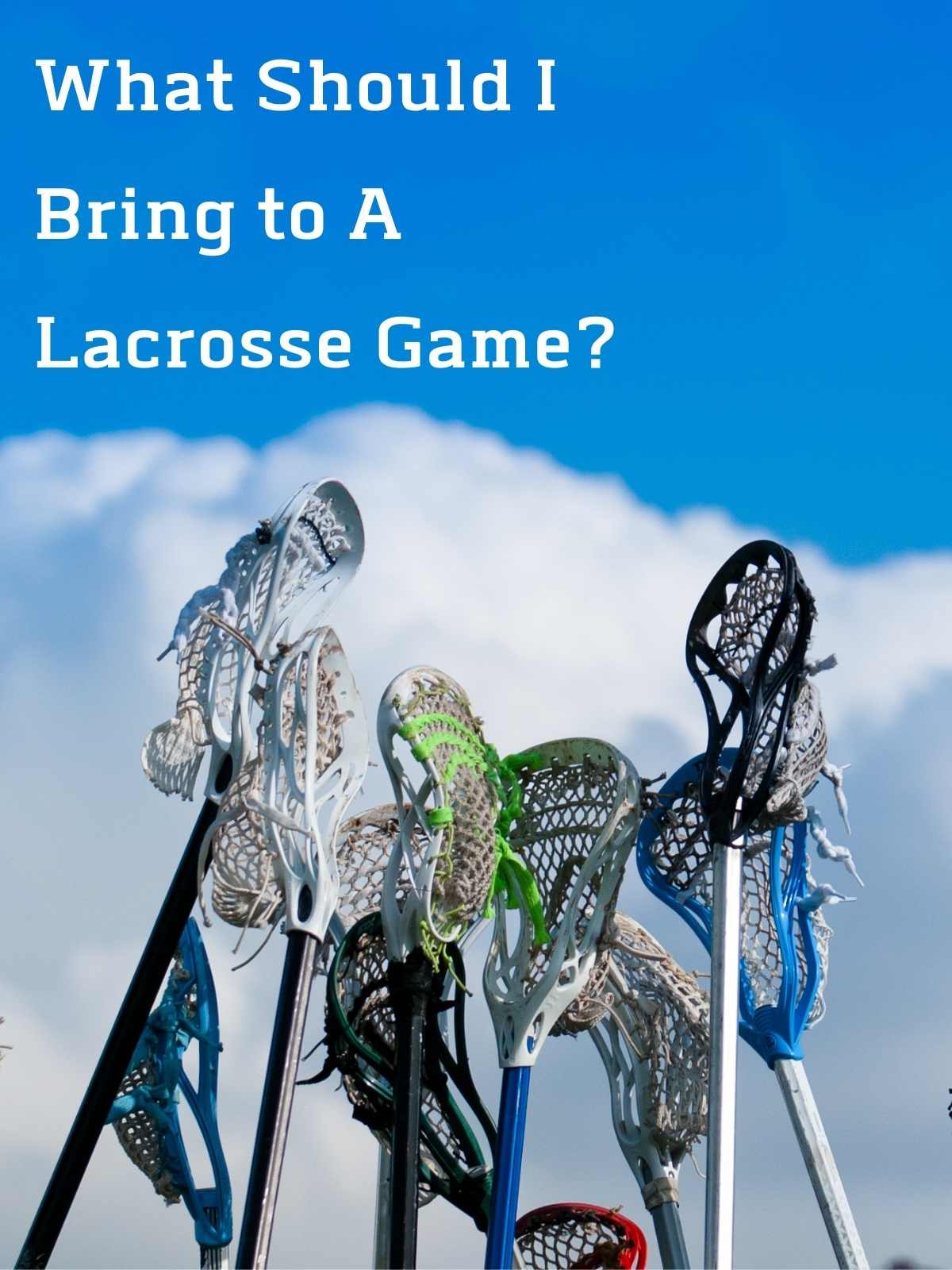 What Should I Bring to A Lacrosse Game?

Though this is a relatively short game, there are some things you can bring that would make your time that much better.

1. Food – If your playing field doesn’t have a concession stand, or if you simply want to save some money, bringing your own food is the number one thing you should add to your bag on your way to the game. Snacks make watching sports all the more fun!

2. Camera – Chances are you aren’t going to a lacrosse game because of your devotion to the sport, but rather because you are there to support someone you care about. A camera is needed to help capture some of their best moments!

3. A Seat Cushion – I don’t care how old you are, a seat cushion is never a bad idea. Nothing is worse than your butt going numb in the middle of the game. It’s uncomfortable and completely avoidable.

The Benefits of Lacrosse

It goes without saying(although I said it earlier) that there are many benefits to playing sports when in high school. But lacrosse is especially beneficial! Not only does this game give you some great exercise, but it works on your hand-eye coordination as well.

It can be very challenging to scoop that little ball up with your lacrosse stick, and even harder to try and catch it mid-air. It also helps because you have to strategize a game plan every few seconds when your original plan doesn’t play out the way you expected. In those moments it’s up to you and your team to figure out how to reroute. 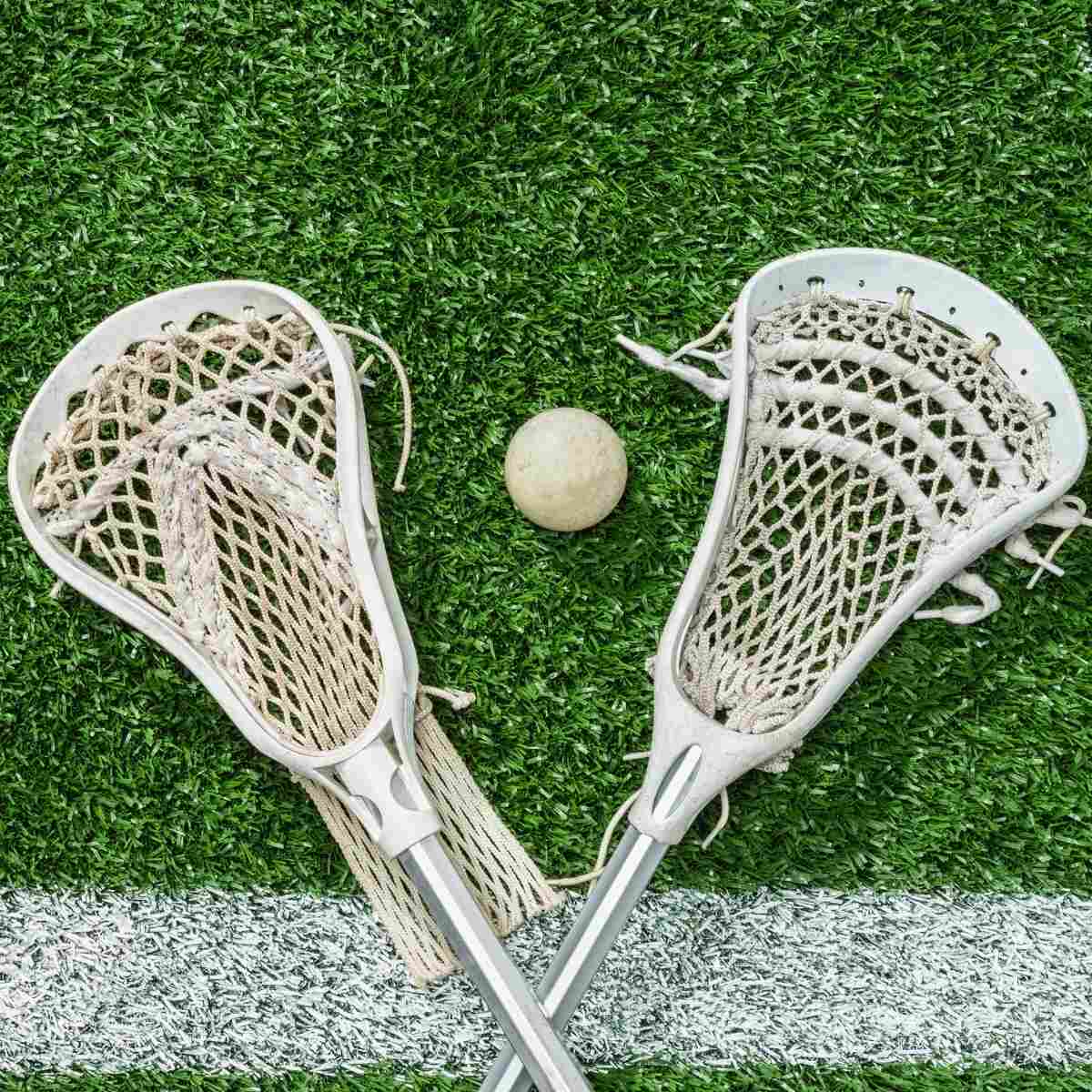 Working out has been proven to prolong your life. It strengthens your heart and your muscles, so as you get older you are more immune to the things that normally affect the older population(like heart attacks and broken bones).

More than this, working out also lessens symptoms of anxiety and depression. This helps to balance your mental health.

So overall the game of lacrosse: works on your hand-eye coordination, and your strategy, it prolongs your life and does wonders for your mental health. If you are reading this as someone who is preparing to watch this game from the stands, you may want to consider getting on the field yourself!

The History of Lacrosse

Lacrosse actually finds its origins in Native American culture, in a game they called stickball. They held huge events that spanned over several days, in huge fields and areas that were more open.

There weren’t any specific number of players and the rules of the game were simple: The ball was not to be touched by anyone’s hands while playing. After the game began, everyone would race to see who could catch the ball first.

It was speculated to have been played with 100 to over 90,000 people at any given time. Crazy right?

This game was thought to toughen the strength of young men who would become warriors, but it was also played for fun. What a way to pass the time!

The Rules of Lacrosse

To give you a general idea of how the game works, I thought I’d give you some info on the rules. This is essentially like lacrosse for dummies! There are more in-depth explanations on how to play out there, but if you are just starting out these are the ones you need to know in order to understand what is going on.

So, how are you feeling about the game of lacrosse now…do you have a good understanding of it? That was my whole goal! I think that taking an interest in cool sports like this can have some awesome ripple effects.

Showing up to support someone you care about is such a sweet and loving thing to do. It may feel like a small action but it means more than you know. Plus it helps that lacrosse is SO much fun to watch. You’ll never get bored!

Overall, my biggest advice for those of you who are new to the lacrosse scene is to give it time, it may take you some time to really get a good feel for the rules and what is going on, but once you do you will have an absolute blast. That 60 minutes will feel like it went by too fast.