Inside: The Best Movies to Watch with Teens (100+ Ideas).

One of our favorite things to do together as a family is to sit down with a bowl of popcorn, cuddled up in the living room with some cozy blankets, and settle in for a fun movie night.

But there is usually one problem that comes up consistently… What do we watch?

We want something to appeal to us and the whole family, the parents and the kids, specifically our teens. Let’s face it, the younger kids lose interest quickly, and honestly, we usually do movie night after they are already down for bed. So the movie we choose has to appeal to adults and teens.

Which sounds easy, but has proved to be harder than you think.

We scoured the internet, top movie lists, and of course a little personal research and came up with the top 100 movies to watch with teens that will make any movie night a great time. Check them out! 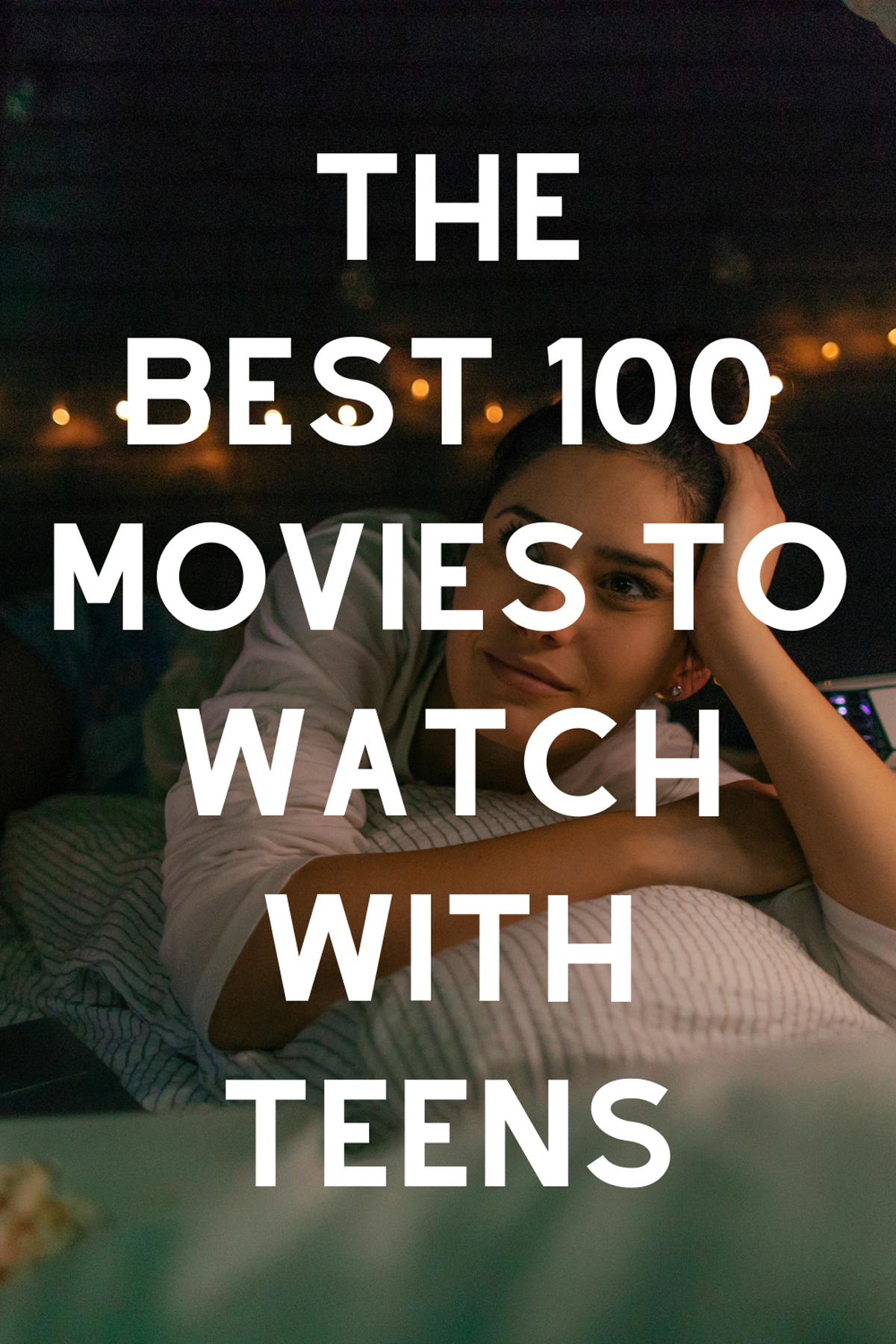 The Best Movies to Watch with Teens

1. Booksmart:  A wild night that felt like four years of partying. Amy and Molly spend a wild night reliving the high school experience they missed after years of diligent study.

5. To All the Boys I’ve Loved Before: While the Netflix original is very cliched, the likability of its two leads elevates the film to likeable.

7. Clueless: How long since you’ve watched this cute classic? 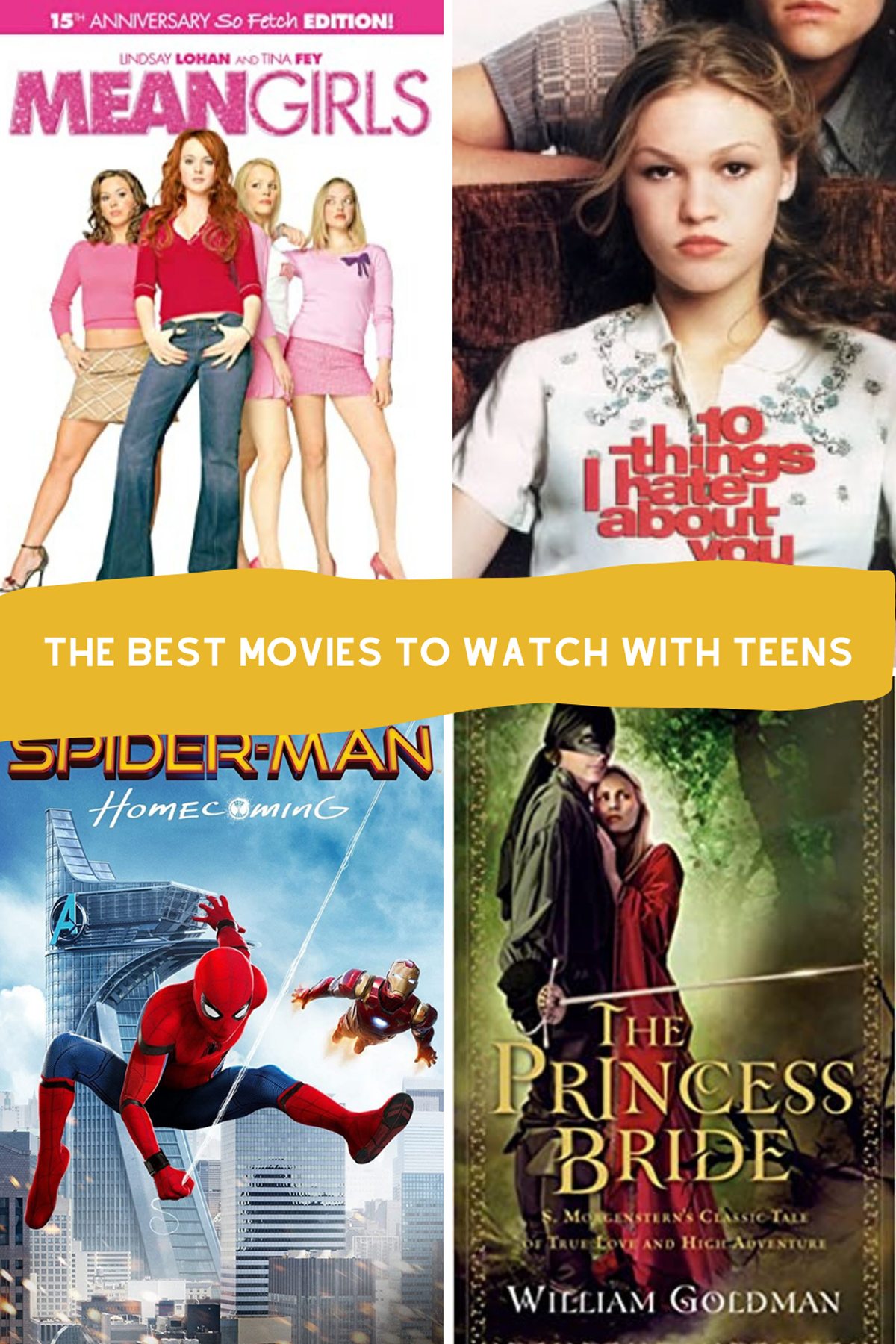 10.  The Princess Bride: Even after 20 viewings, this is still one of my favorite comedies, so I had to incorporate it into a list of films suitable for viewing with older children.

12. Love, Simon: I think this is a fantastic film for families to watch together, especially if you have teenagers.

13. Sierra Burgess is a Loser

Great Movies to Watch with Teens

14. Ferris Bueller’s Day Off:  There’s no better time than now to introduce your kids to this timeless classic. It’s a night which friends and family can relax and forget their troubles together.

19. The Edge of Seventeen:  It may be a little slower than what teenagers are used to seeing in a coming-of-age film, but the film is headed in the right direction thanks to its strong focus on its characters.

20. The Secret Life of Bees:  While there are disturbing depictions of race prejudice and domestic and other forms of violence in the film, they are handled sensitively, and the film’s overall tone is hopeful rather than gloomy.

24. All the Bright Places

Fun Movies to Watch with Teens

26. Little Miss Sunshine: Adorable road trip that is relatable to anyone that has traveled with your family.

27. Kick-Ass:  Dave, a regular teenager, decides he wants to become a superhero and adopts the name “Kick-Ass.”

30. Guardians of the Galaxy: Cool music and tons of laughs will be had when watching this action adventure! 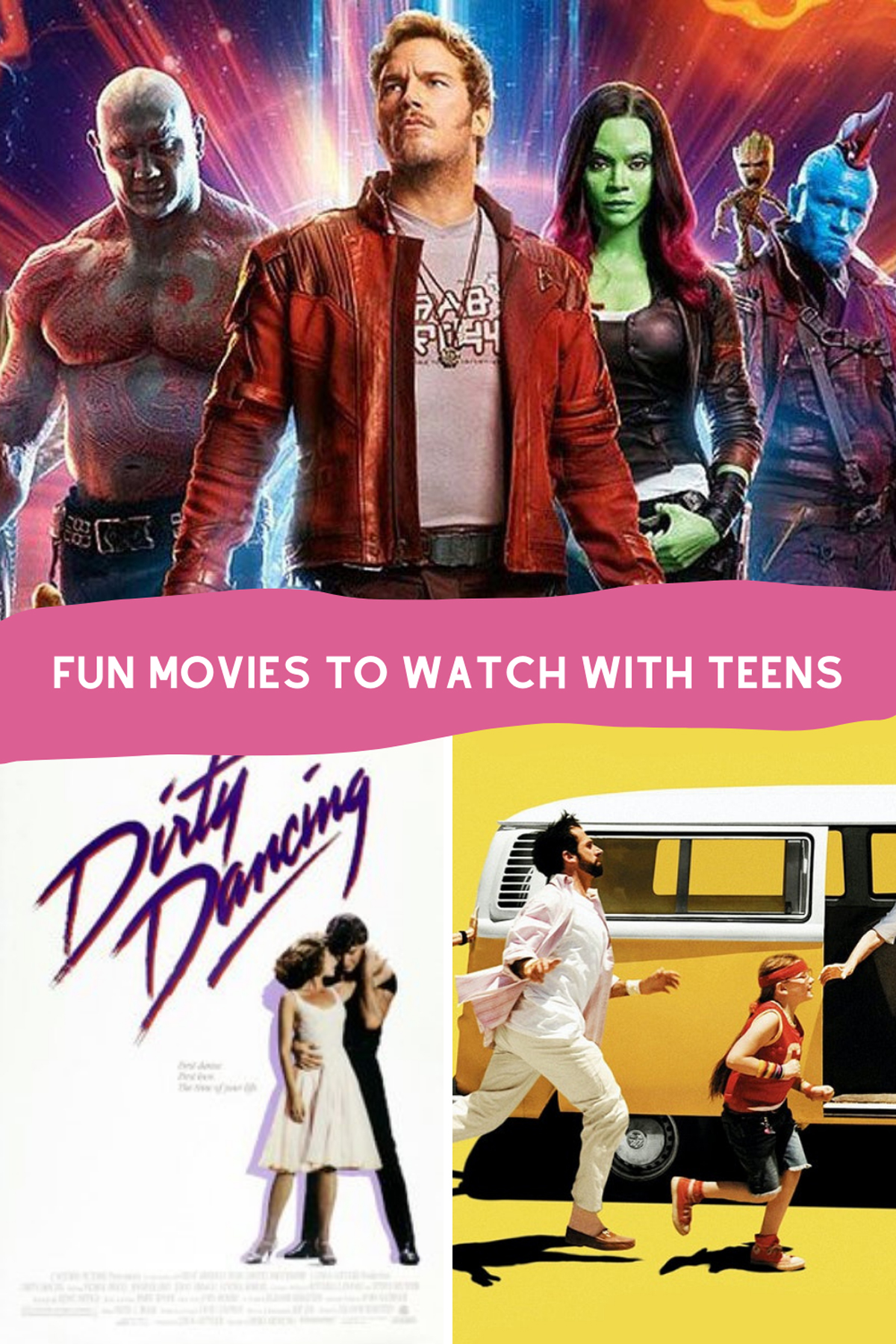 33. The Fundamentals of Caring

35. Dirty Dancing: This movie isn’t just for middle aged women to fawn over Patrick Swayze! Even teens love this film. But keep in mind the subject matter is pretty mature.

Good Movies to Watch for Teens

42. A League of Their Own:  In this unique take on the underdog sports film, Tom Hanks and Geena Davis star alongside Lori Petty and Madonna. With the United States’ male athlete pool depleted by the war, a professional all-female baseball team emerges in the Midwest, led by a jaded, past-his-prime manager. This film is guaranteed to make you smile and make you feel like everything in the world is just fine.

45. Bend It Like Beckham:  It’s a coming-of-age story about an underdog athlete that also touches on family, traditions, gender bias, and racism in a gentle way. I think this is a great way to get sports-crazed guys to see a movie that’s traditionally marketed to women.

50. Friday Night Lights:  A team of high school underdog football players learns to work together despite facing overwhelming odds. You could say this film follows a formula, but it’s a little too raw and real to be labeled as such.

Our Favorite Movies to Watch with Teenagers

55. A Quiet Place:  The alien creatures in the 2018 horror film A Quiet Place hunt based on sound, so the family must live in silence to survive. 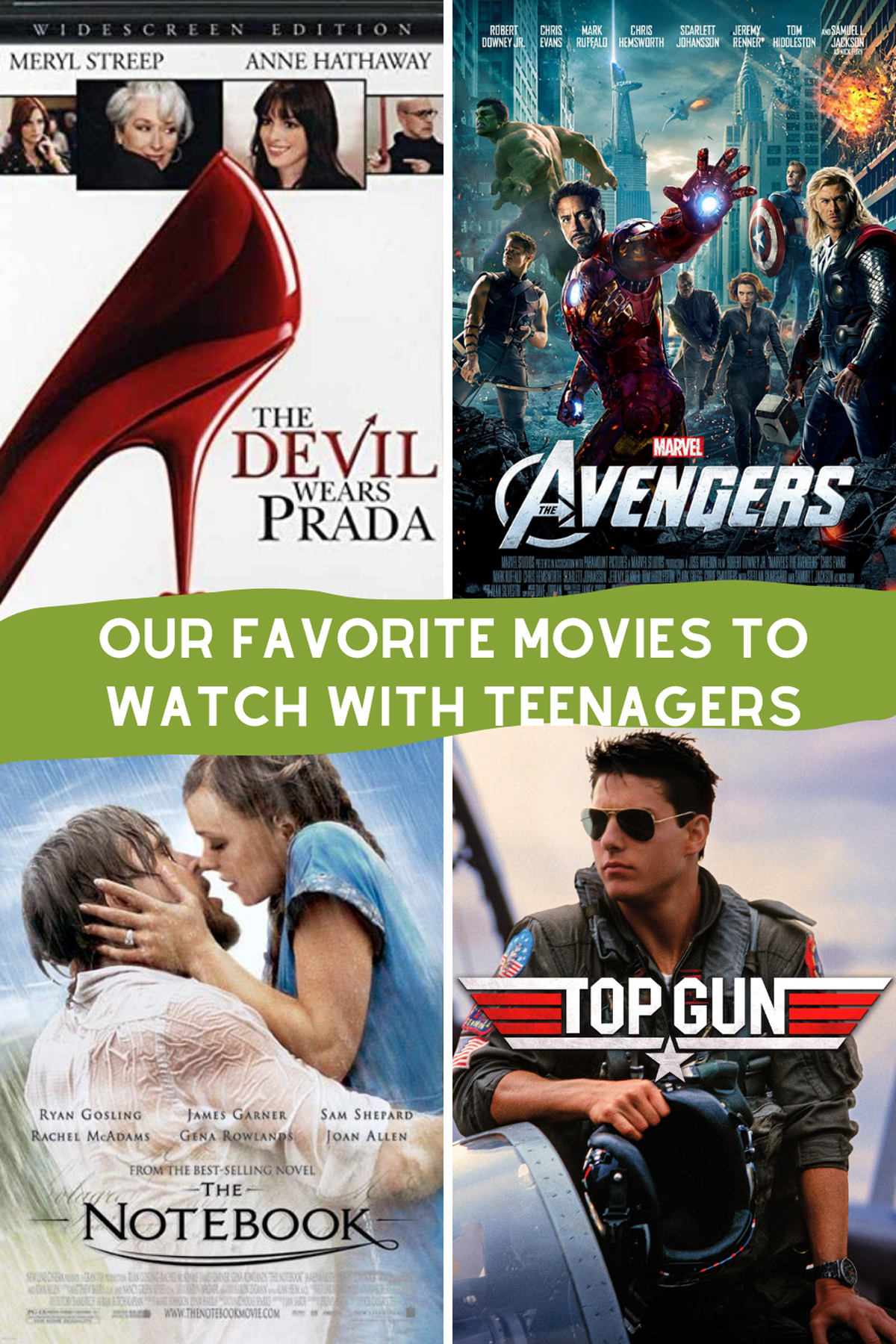 56. Sisterhood of the Traveling Pants

60. The Perks of Being a Wildflower

70. Adventures In Babysitting: Chris Parker (played by an endearing Elisabeth Shue) is a high school student who gets dumped just as she agrees to babysit three kids for her best friend Brenda (Penelope Ann Miller). Brenda calls Chris in a panic, asking her to come pick her up in downtown Chicago. Singing in a nightclub, getting into a fight with some thugs, and escaping from a burning building are just a few of the adventures that ensue.

75. Holes:  In the middle of the Texas desert, Stanley Green is sent to the juvenile detention center known as Camp Lake Green on false theft charges. Inmates are made to dig holes in the earth every day without explanation. Holes is a clever, humorous, and a refreshingly new story.

Funny Movies to Watch with Teens 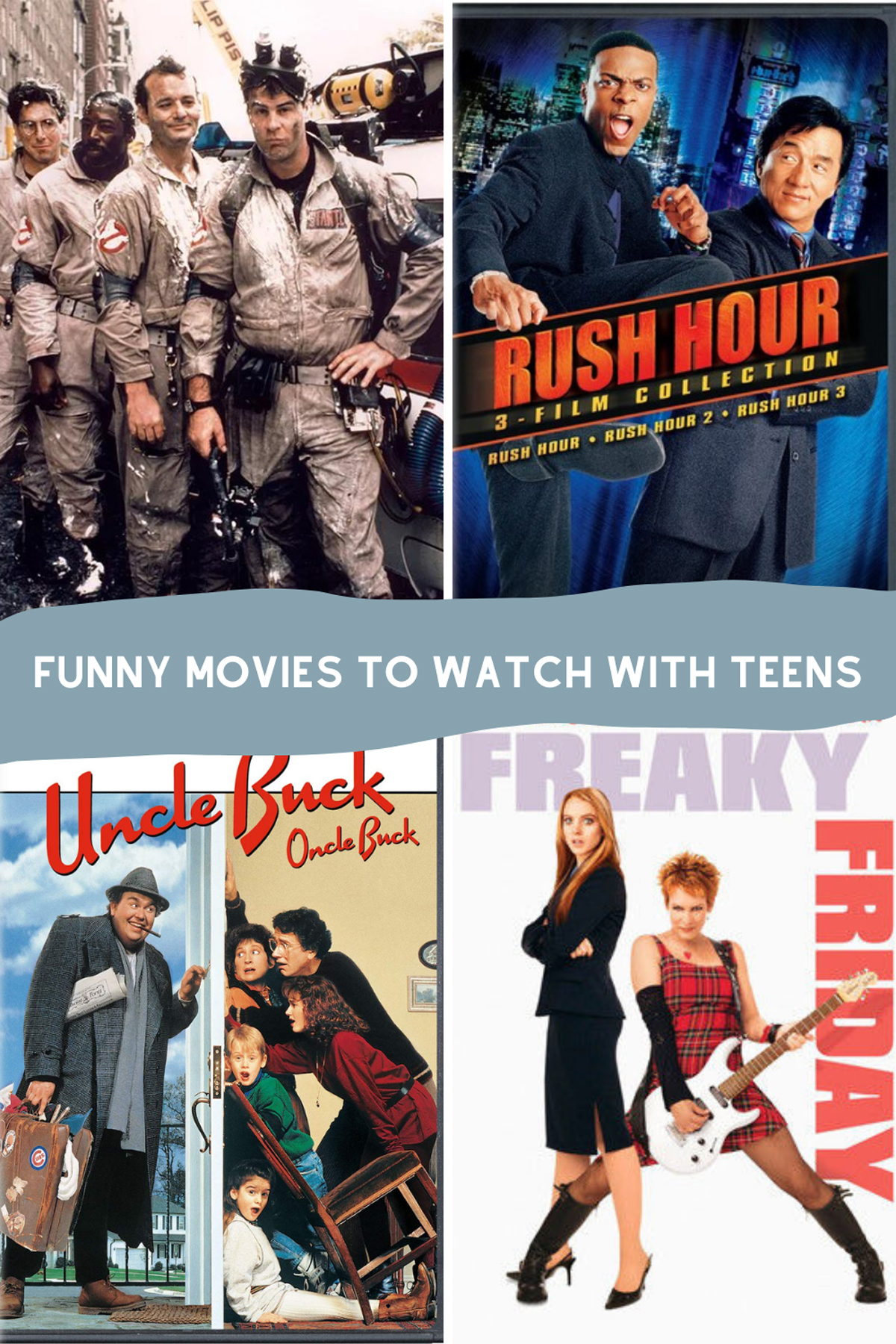 85. Dead Poet’s Society:  The memories we have of this coming-of-age film are mostly positive, but it does have its share of sad and tense moments. You can still watch it with your older preteens and teens without worrying. To counteract the fact that one of the main characters suffers from depression and eventually commits suicide, there are many “seize the day” and “captain your ship” moments. The film’s handling of the topic is nuanced and can serve as a springboard for a much-needed discussion.

87. Amelie:  Watch this charming French film with the kids. All of it is pure pleasure. It’s a pleasant film about romance, loss, relationships, and gentleness, but there are some mild sexual interactions and a suicide references to be aware of.

88. The Pursuit of Happiness

Movies to Watch with Your Teenager

93. Indiana Jones and the Raiders of the Lost Ark:  Kids brought up on CGI, and Marvel effects are likely to find it cheesy, but the film has always had a lighthearted tone that allows it to pass the vibe check.

97. Hate U Give:  The persistence of prejudice in modern society Star’s best friend is murdered by the police, and she is the only witness. Her testimony could lead to the downfall of her community or even her own death.

100. The Untouchables:  The film’s plot, which involves a rich and powerful, gloomy paraplegic hiring a new personal assistant, suggests that it shouldn’t be as upbeat and joyful as it ultimately is.

Now that you have a huge list to choose from, good luck on deciding. If you’re looking for a holiday movie night watch, then check out this festive list. 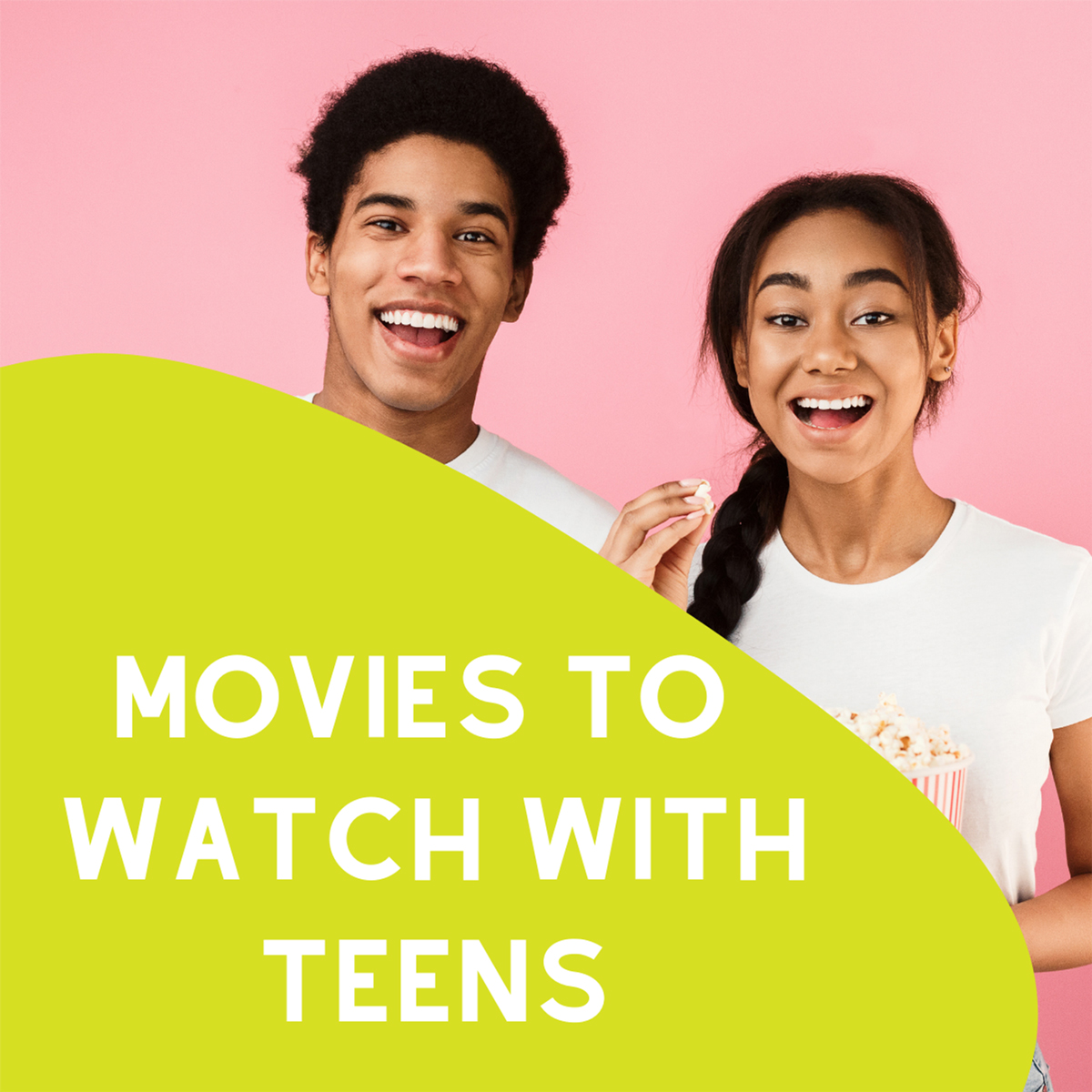