Home » Parenting » {Pro vs Con} Should I let my teenager sleep all day?

Inside: Pro vs Con list on whether should I let my teenager sleep all day or not?

Do you have a teen that would sleep the day away if they were allowed? If you do, I am sure you have wondered whether or not you should let them sleep or wake them up at some point.

This can be very confusing for a parent because on the one hand, if your child is tired you want them to get some rest. But on the other, if they are tired because they are staying up too late, you don’t want to enforce a negative habit. Confusing stuff! 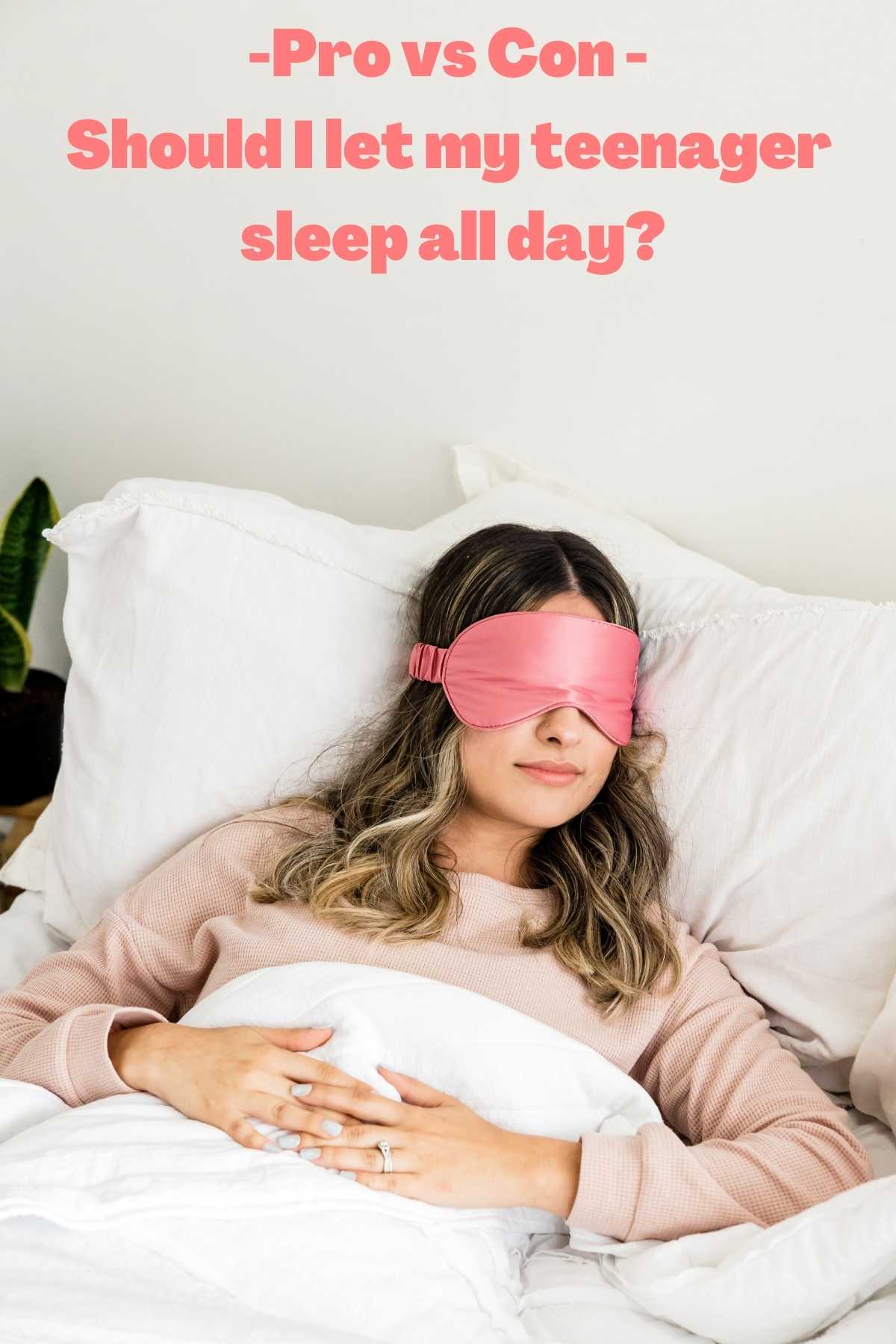 Today we are going to be discussing the Pros and the Cons of letting your teenager sleep all day. We go over everything that way you can make the best decision for your teen regardless of how annoyed they may get with you or not. Remember that at the end of the day, you do know what is best for your child. This is up to you, regardless of what people think.

So if you think that your child needs extra sleep, let them snooze.

Alrighty, let’s dive into this.

Pro: They May Need It

For our first pro, we are going to discuss why your teen may need extra sleep.

Studies have shown that teenagers require more sleep than adults. This is because they are in a constant state of change and growth that uses most of their energy. In turn, they end up requiring more sleep to be able to function properly throughout their day. This is important to keep in mind if your teen does tend to want to sleep all day. They may need it!

It’s important to let them get what they need, but at the same time when it is impeding their daily life, you need to consider the cons that come along with it.

Perhaps mentioning a better sleeping schedule would be helpful. This way they can get extra sleep and still have a good daily routine. Speaking of routines, that leads me to my first con.

Having a steady routine is also super important for teenagers and is a staple for creating a healthy environment. It may seem like a little thing but it’s really not. Having a good routine helps their brain and body in many ways. It gives them something to count on, knowing what they are going to do and when they are going to do it.

This helps alleviate stress and keep a clear mind.

So having a sporadic sleeping schedule is a sure-fire way to add stress into their life. They wake up late, have no schedule, and inevitably end up staying up late to repeat the cycle over and over in an endless cycle of terrible sleep. No thank you! 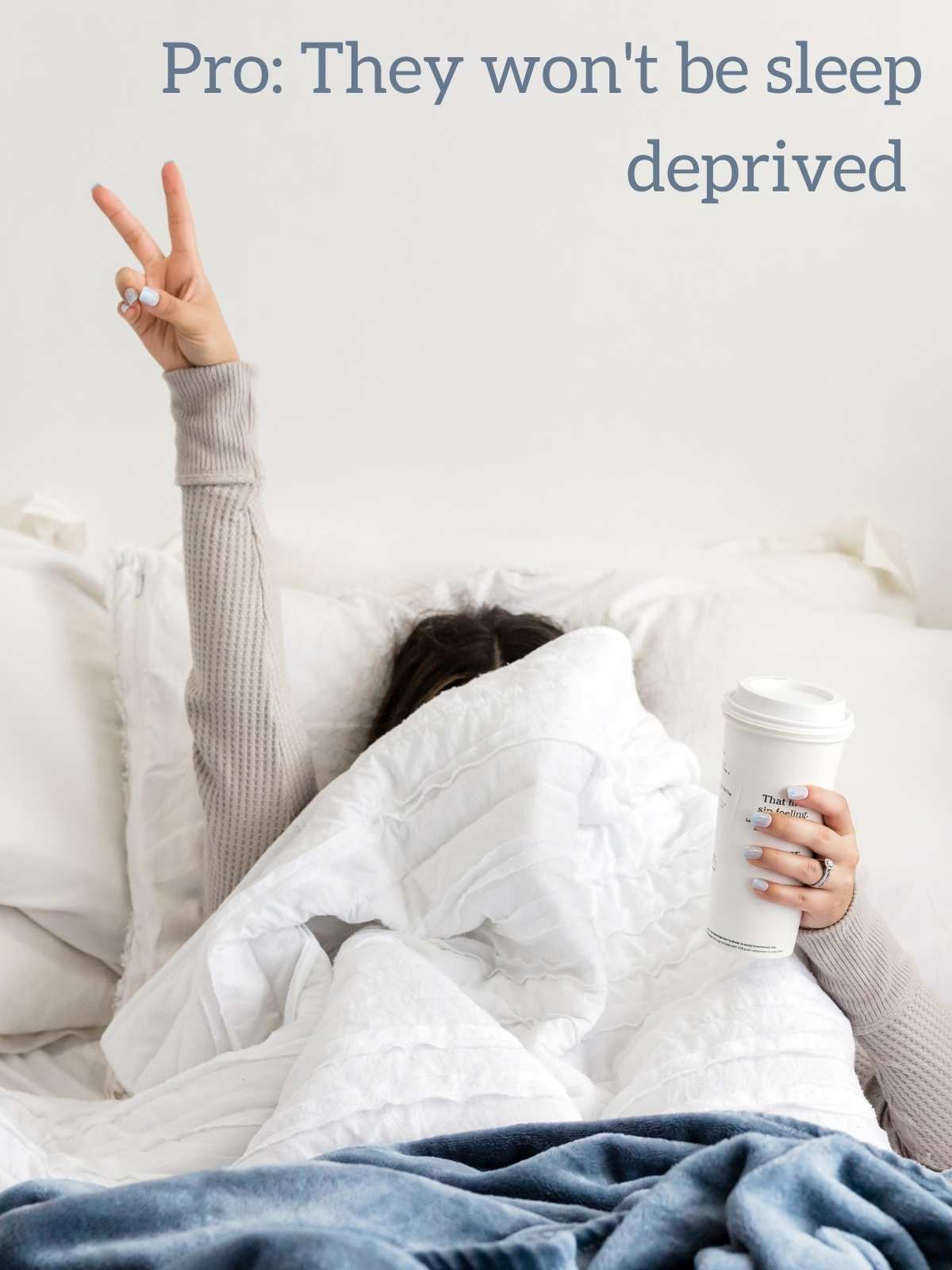 Pro: They Won’t Be Sleep Deprived

As stated in the first pro, teens do need more sleep. According to a study, about 73% of high school students are not getting enough sleep on the daily basis. As we talked about before, teens need more sleep to help their growing bodies. But since these teens have to stay up late because of their extracurriculars and unfinished homework, and then have to get up early for school, they are really only getting about 6.5-7 hours of sleep when they need at least 9 to function properly.

This gives you a lot to think about. As a rule of thumb though, perhaps you should make sure that they are getting at least 9-10 hours a night and wake them up when that time is up. This way they are getting enough sleep to be able to thrive, but not too much so that it ruins their schedule.

Con: Their Bodies Are Effected

Everyone has heard of how bad it is for your body to not get enough sleep, but oddly enough it is equally bad to get TOO much sleep. Too much sleep can affect motor skills, and outer performance and even have some serious inner backlash. Your immune system doesn’t operate as well as it would otherwise and you are more likely to have a stroke.

Yep. Too much sleep can totally get you. Just some food for thought.

Yep, we have to touch on this. Getting the proper amount of sleep can help to ensure that your teen is performing at their best. This may sound funny like they are Olympic athletes or something, but their performance can be anything from the way they speak to how efficiently they get around. Your teen may be able to drive, and if they get behind the wheel when they are exhausted they are more likely to wreck.

It’s the little things that make a big difference. Plus, when they aren’t feeling the best physically that will seep into their mental state. So in order to protect their mental health, they need to be getting enough sleep. 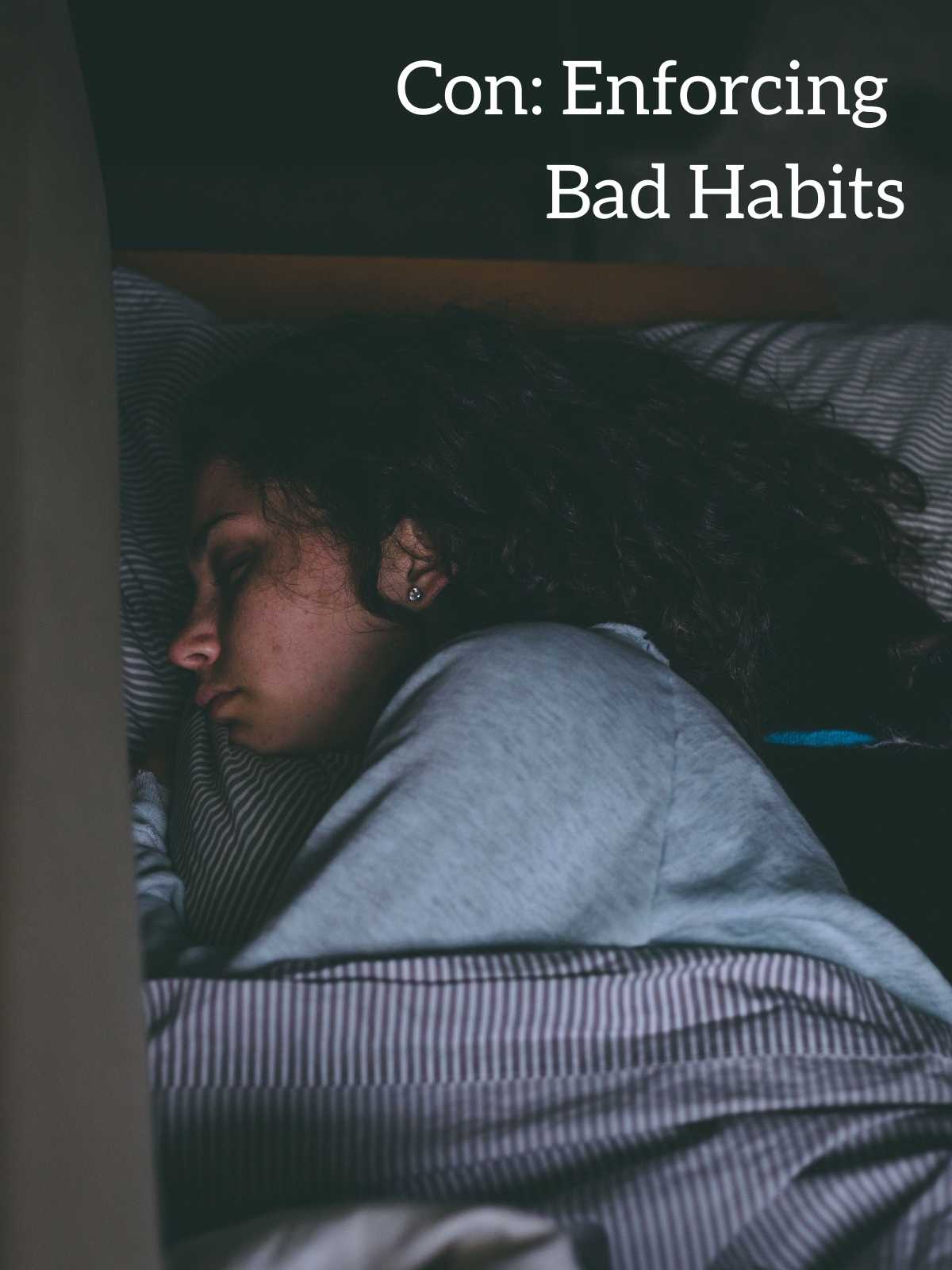 Letting your teenager sleep all day ends up creating some really nasty habits. People who get up at a regular time actually have better mental health and are able to function as proper humans, compared to someone who gets up at say…1 PM. Society functions at a typical 8-8 type of time frame(roughly) and if your teen is staying asleep until 1, they are getting a much later start on the day.

Once or twice is perhaps okay, this could just be a time when they really need it. But allowing this to happen on a daily basis is just a breeding ground for trouble. Not only because they are missing out on life, but because there will come a point in the future when they aren’t as tired, but then they aren’t able to get up before the afternoon.

So getting them up at a good time can help ensure that they have a stable future. 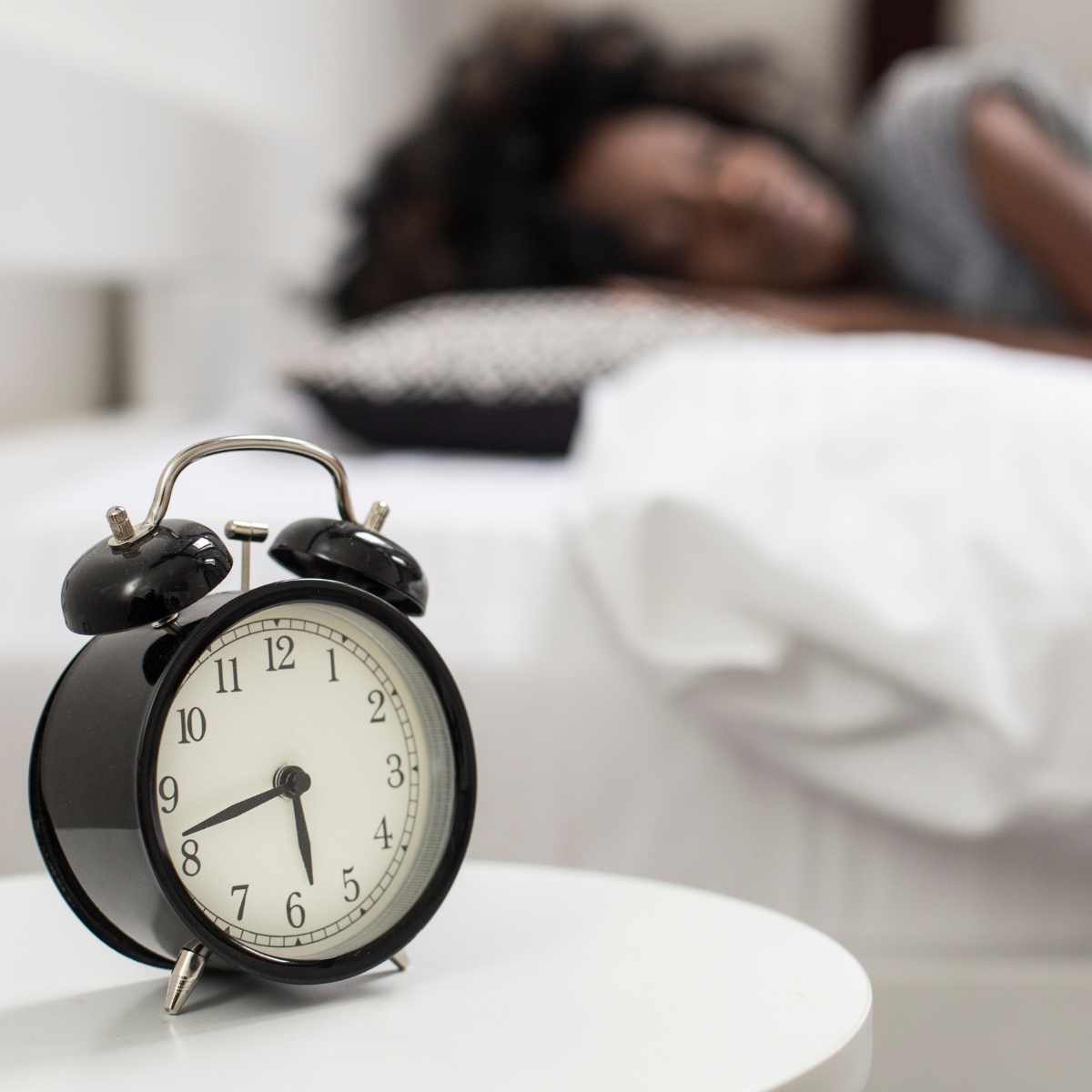 Alright, we have covered it all. How are you feeling? I hope this pro and con list provided some perspective on this. But if not, I will do a quick summary: Teenagers, in general, do require more sleep.

But there is a difference between letting them sleep in every single day, and letting it slide every now and then when they need it.

Otherwise, you run the risk of creating bad habits in the future that can affect their mental health and how they go through life. In general, you can suggest going to bed at a better hour, that way they can get their extra sleep without it impeding their schedule.

As I said in the beginning, at the end of the day they are your child. So I use my gut when deciding should I let my teenager sleep all day. Do whatever feels right for you and your family.

I am Natalie, the eldest sister of two teens. I hope to bring not only a fresh outer perspective but an internal one as well when writing here.