What is more enjoyable than snuggling up on the couch with a big bowl of popcorn and a scary movie during the Halloween season? In my opinion, that is not the case. Each year in October, my family and I make it a tradition to sit down together and watch as many of our favorite Halloween movies as we can fit into the month.

My kids are getting to the age where they want to host their own scary movie evening for their friends. Which is why it’s so much fun to whip up some creepy treats for them and hear their terrified shrieks from another room.

For those of you with teens or preteens, we have compiled a list of the top Halloween movies. We love movies that are perfect for a group viewing with their pals, as well as others that are great for a night in with the whole family.

Collect your favorite Halloween treats and cuddle up with some chilling films made specifically for teenagers. 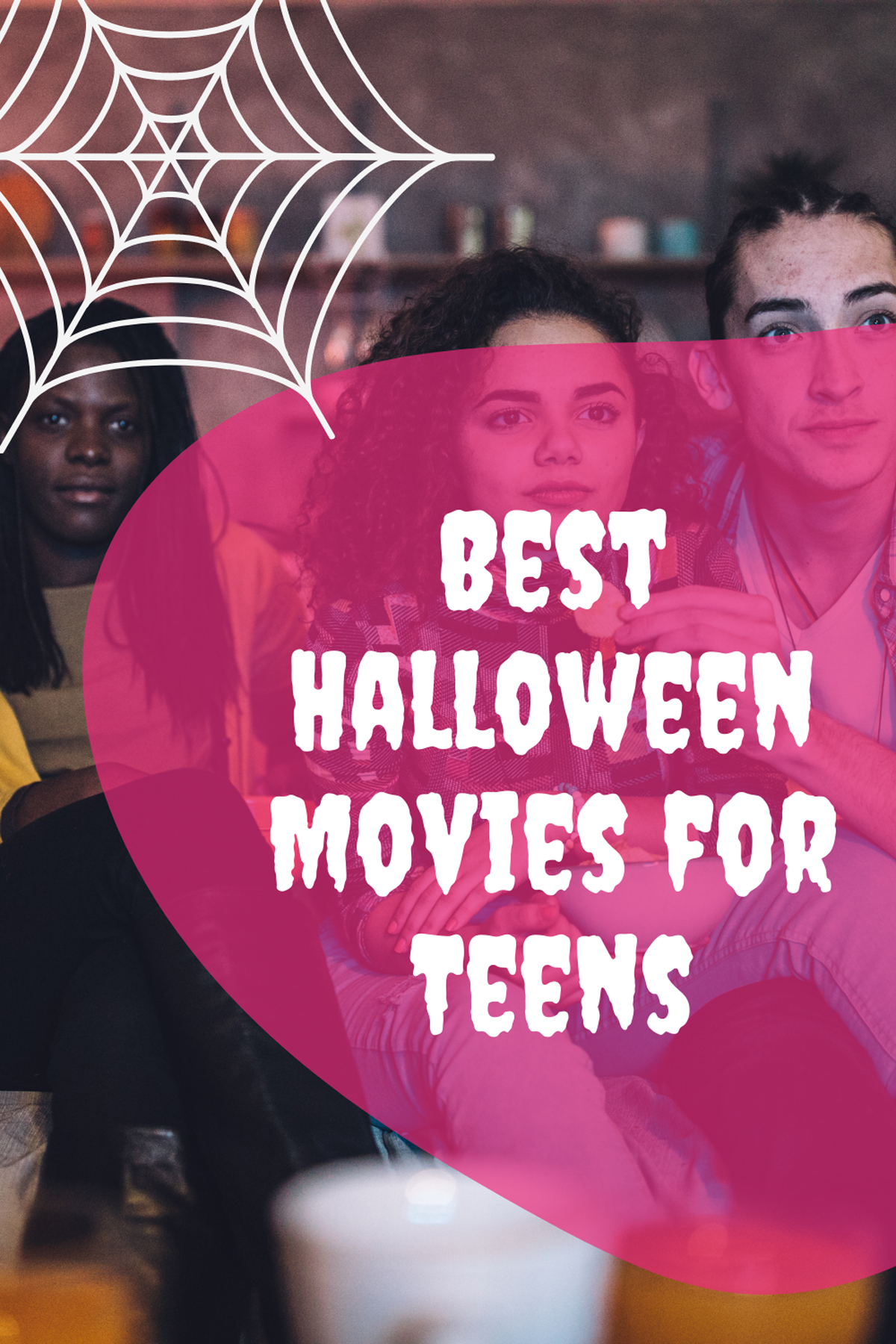 Take a look at some of the best Halloween movies for teens and their friends!

This movie has been my go-to for Halloween for as long as I can remember. Maybe I’m just a simpleton, but it has everything I want in an eerie, entertaining Halloween film. In the beginning, Max dismisses magic as “just a bunch of hocus pocus,” but then he accidentally sets loose a group of wicked witches. Max, his sister, his new crush, and a talking cat must save their hometown from a looming disaster.

The most terrifying evil character in the history of Halloween, this film has been terrifying audiences since its initial release in 1978. It’s the kind of thing you should probably watch in a well-lit room.

Scream, the original film in the series, is a smart, comedic, and fun horror film that revolutionized scary movies.

It can’t be denied that Alfred Hitchcock is a master of suspense. Take a look at the Bates Motel horror film to learn more. The visitors can’t wait to get out of here!

In this dark comedy, Michael Keaton plays a ghost who has everything he needs to haunt his new home. Enjoy the comedy (or horror!) and stay for the A-list performers.

Who are you going to call if you want to see a star-studded, hilarious Halloween comedy? Ghostbusters, of course!

You wouldn’t think that a horror movie and a musical could work well together, but The Rocky Horror Picture Show proves you’d be wrong.

This hilarious version of the original Frankenstein movies features an A-list cast and will have you in stitches from beginning to end. 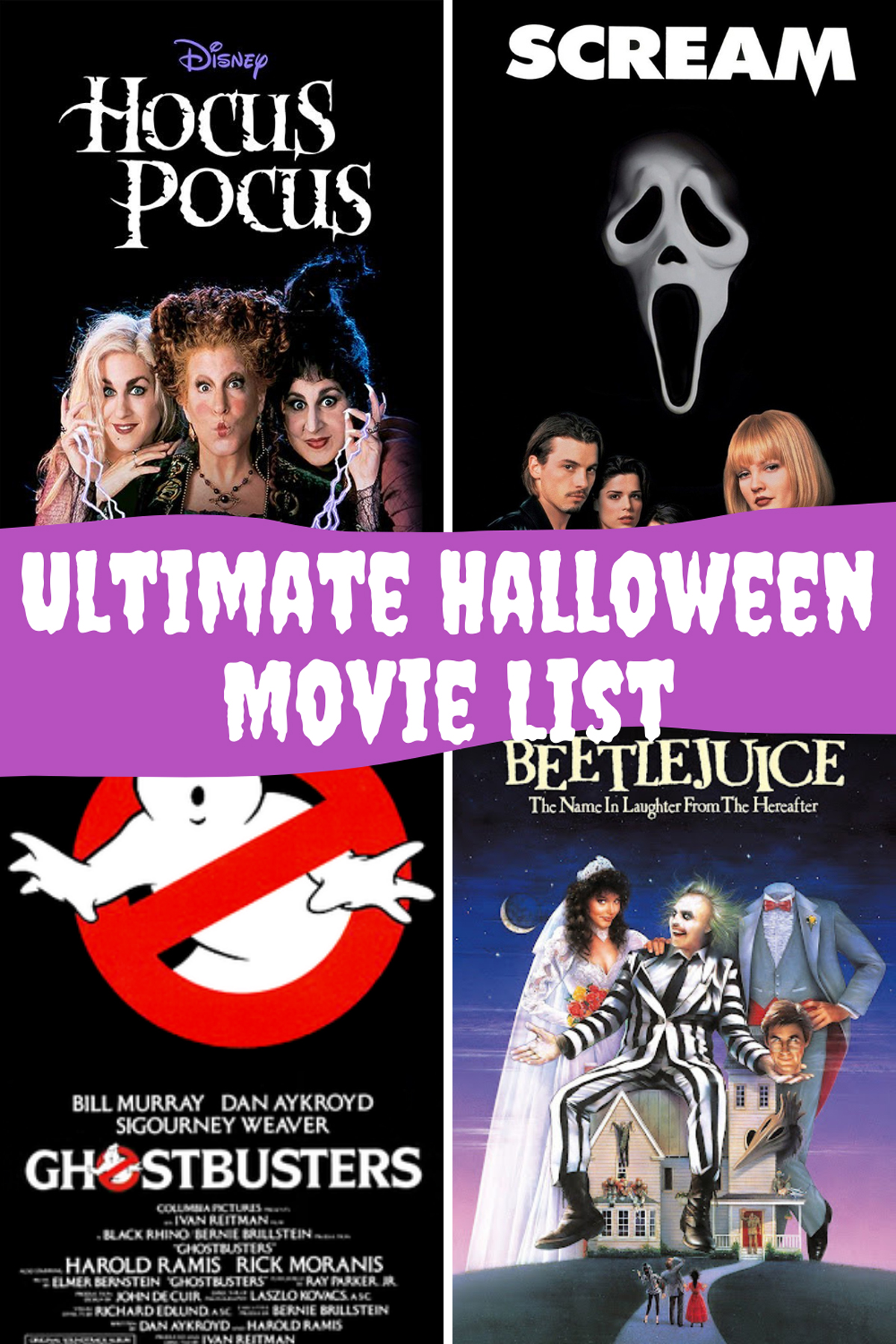 When an obsessive reader objects to a plot point in a best-selling author’s latest novel, the author must pen every word as if his life depended on it.

Arachnophobia, released in 1990, is one of the most underappreciated horror comedies of all time. This creepy, crawly creature film has definite echoes of Joe Dante. If the film’s title didn’t give it away, it’s about an evil spider species that takes over a peaceful town.

Takashi Shimizu’s Hollywood remake of the most well-known version of his long-running, ever-evolving J-horror ghost story stars Sarah Michelle Gellar as a nurse from the United States who finds herself at the center of a deadly curse.

A group of friends try to flee New York City before a monster of epic proportions destroys the city in this thrilling found-footage horror film.

When a movie has minimal dialogue, it can be unsettling to be completely silent. In the horror film A Quiet Place, the protagonist family has no choice but to keep to themselves because of the sightless monsters that stalk the night and kill anything that moves or makes any kind of noise.

M. Night Shyamalan became a household name as a writer and director thanks to his work on The Sixth Sense, which came up with the iconic phrase “I see dead people” in pop culture.

An intriguing take on the modern ghost story, the concept of a cursed videotape that kills its viewer after 7 days of viewing it remains popular among horror fans.

Story of a man with multiple personalities who kidnaps three teenagers and uses them in a sinister ritual only a select few know about.

In Tremors, the monsters are able to move quickly beneath the earth and snag their prey from underneath, transforming a quiet Nevada city into a battleground between its citizens and an invisible enemy.

The central concept revolves around a deadly specter that can only exist and be seen in the dark.

In what is arguably the best Disney Halloween film ever made, Grandma Aggie, Marnie, and the gang embark on a series of journeys to defeat the forces of darkness. Despite its age, this movie is great.

You need to watch both Halloweentown movies back-to-back. Make it a weekend of classic movies, or have a movie night.

21. The Scariest Story Ever: A Mickey Mouse Halloween Spooktacular

A classic Mickey Mouse film hardly seems doomed to failure. This short film starring Mickey, his nephews, and Goofy is sure to get you in the mood for Halloween. 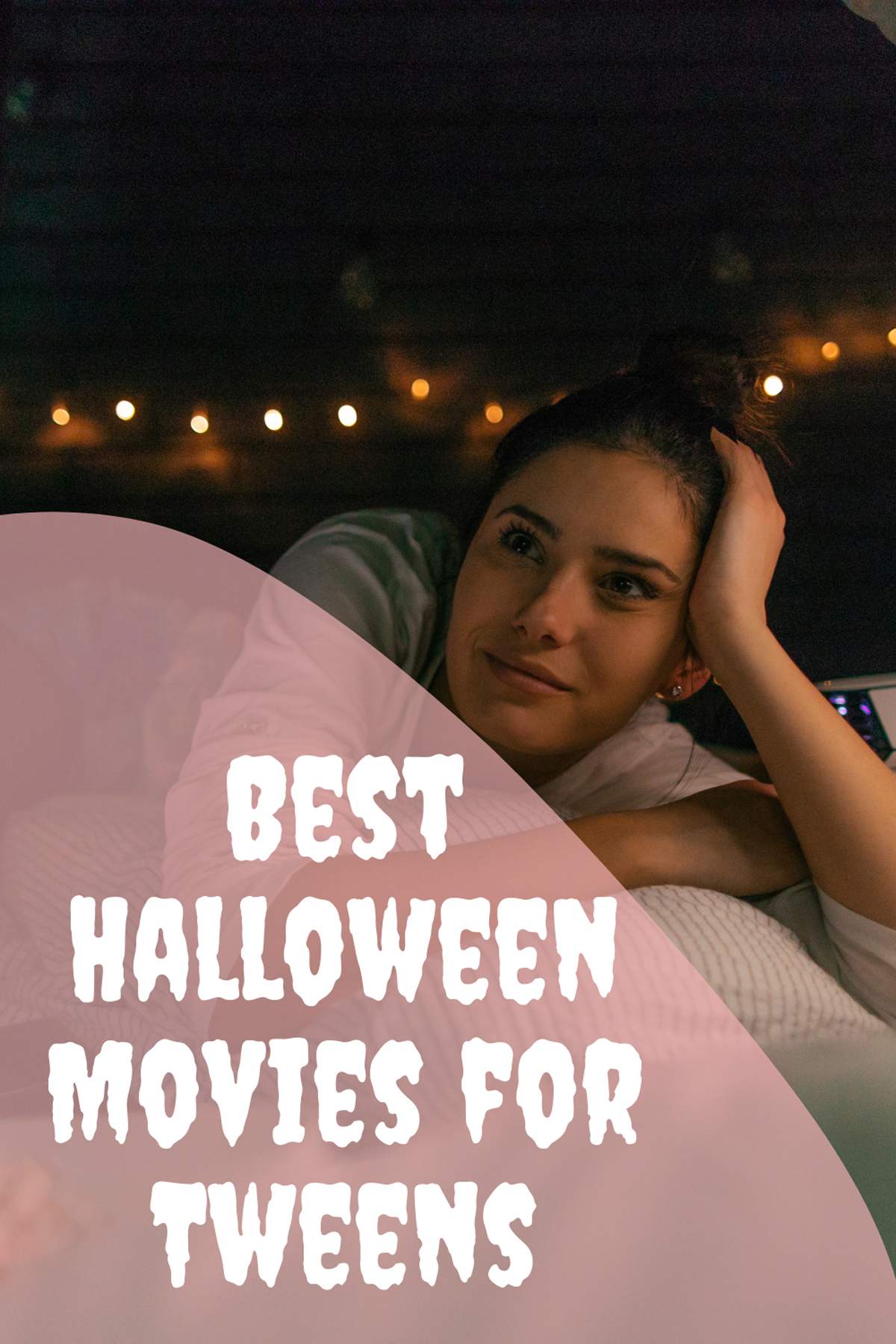 Disney’s take on the best-selling Twitches books is the basis for another old school classic. Both Tia and Tamera Mowry play identical twins who were adopted by different families. On Halloween, 21 years later, they find each other again and learn that they both possess magical abilities.

23. Moms Got a Date with a Vampire

Before they were grounded, the Hansen kids were planning a Halloween party. So that they can escape without being discovered, the siblings scheme to get their mother to go on a date with a stranger. When they learn that Mom’s new beau might have a taste for blood, their joy quickly turns to fear.

Frances is far too logical to believe in the supernatural, and so she dismisses the possibility that anything unusual is occurring nearby. The teenager’s “pranks” have begun to alienate her peer group, so she must face her fear of the “Boogeyman” under the bed and reconsider her beliefs in the paranormal. The sheer terror of this movie may be too much for some viewers, even those who are mature enough to handle horror.

25. Phantom at the Megaplex

Staff members vanishing without a trace, a malfunctioning popcorn machine, and faulty machinery? There must be a ghost in this megaplex!

A real estate agent (Eddie Murphy) is accused of being a workaholic, so he decides to take his family on a getaway. They stop by a mansion he’s been asked to sell and discover it’s been cursed by evil along the way.

After their grandfather’s ghost begins communicating with them through a series of ominous signs, two cousins learn that he needs their help more than ever to leave this world.

In this film by Tim Burton, a young Victor Frankenstein undertakes a dangerous science experiment in an attempt to revive his pet dog.

29. James and the Giant Peach

James, and the viewers of this classic film, embark on a mysterious and magical adventure involving a talking crocodile, insects that can talk, and a very large peach.

This is a comedy that both kids and parents will enjoy because it is so weird and unusual. 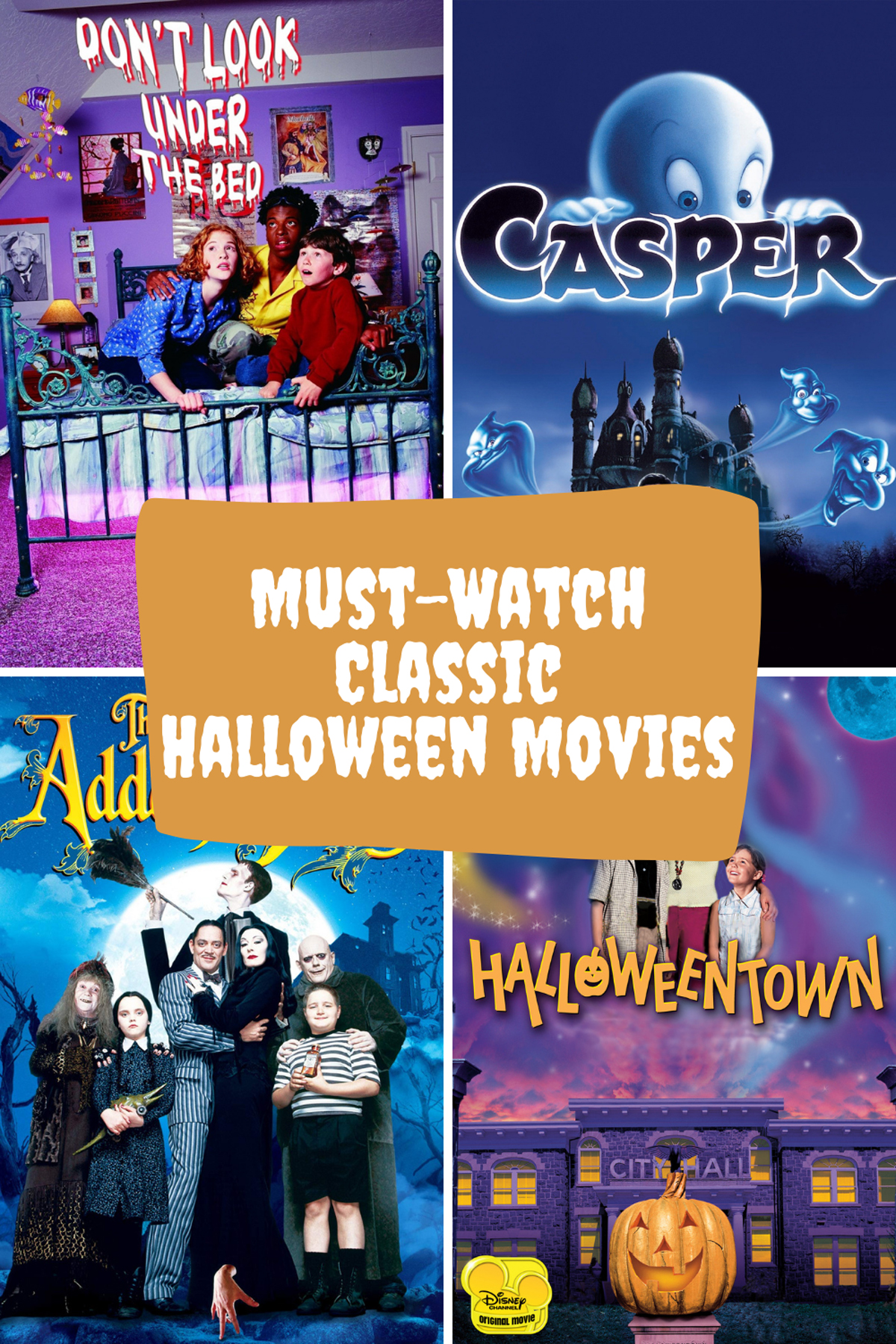 Watching Charlie Brown and the rest of the Peanuts posse in this animated classic will make you long for Halloween’s past with warm, fuzzy feelings of nostalgia.

Casper is about as nice as ghosts get, which is good news in a haunted house full of scary ones.

An alien with a good heart, E.T. is on Earth and desperately needs to contact his home planet. Take the kids to see this award-winning science fiction film.

With his trademark stop-motion animation style, Tim Burton tells the tale of a young man whose true love is trapped on Earth while he is doomed to marry a corpse in the afterlife.

A group of teenagers discover something terrifying when they learn that their next-door neighbor’s house is actually inhabited by a monstrous creature.

36. Scary Stories to Tell in the Dark

The target audience for this PG-13 film consists of children who are too young for Nightmare on Elm Street but too old to watch more adult horror films.

Beatrix’s annual transformation into a witch for Halloween has arrived. She’s excited to finally achieve that status, but things take an unexpected turn for the worse that put her crown in jeopardy.

Check out some more of our preferred spooky season options if you enjoyed these entertaining Halloween movies for teens. 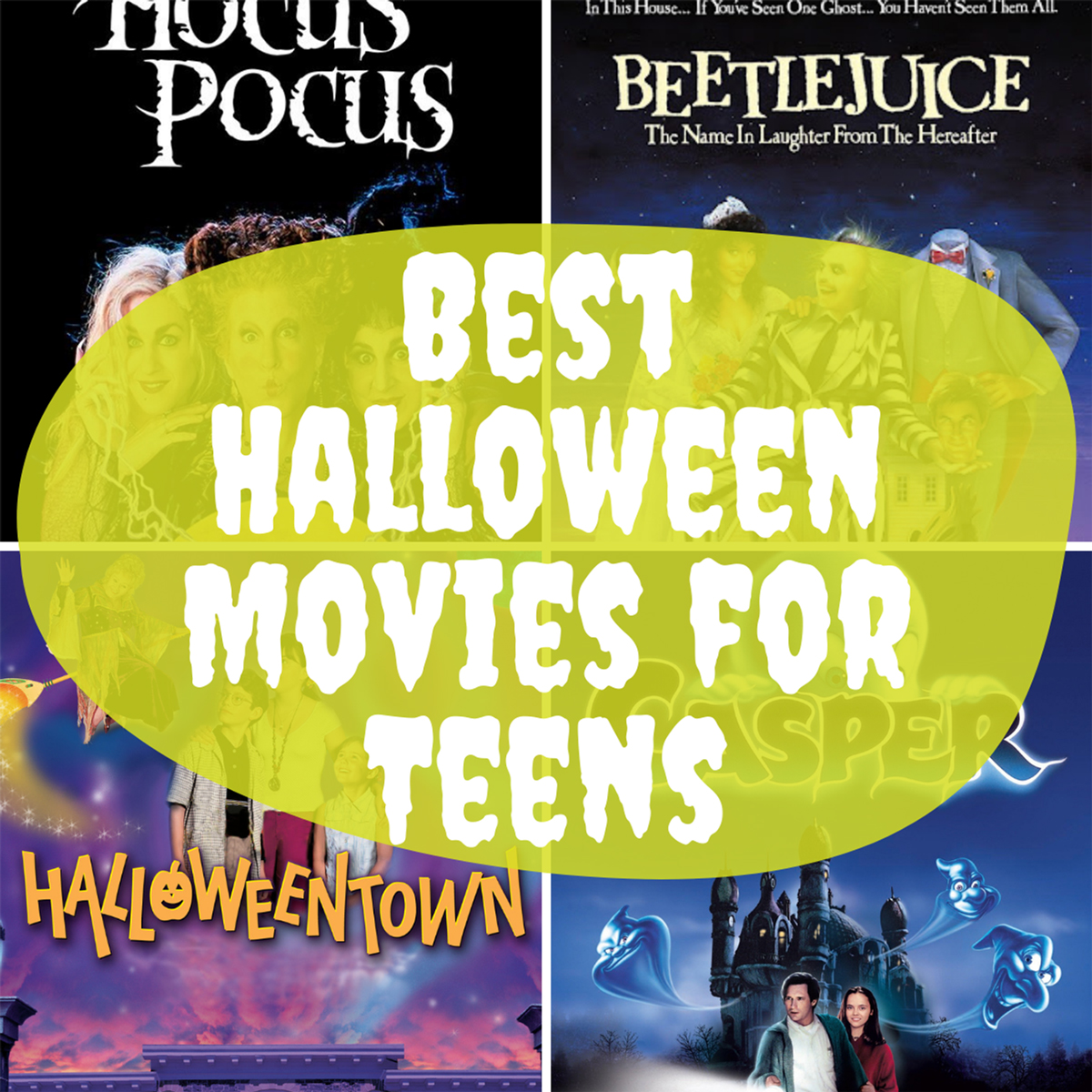 Mom to teens with lots of ideas and inspiration to share for travel, food, parties, school & fun!