Inside: Fun Teen Party Game Ideas Everyone Will Love.

You’re about to celebrate a monumental teen birthday. It’s obligatory to throw a rowdy party for someone’s birthday, no matter what age they are.

Things like food, entertainment, location, and (maybe) a theme are all important considerations when organizing a teen-friendly party. But one of my personal favorites to spice things up is to have a ton of games on hand for when the energy at the party starts to wane.

Yes, you understand what I’m referring to. When the boys and girls have finished their awkward greetings and Instagram photo shoot and start looking completely bored out of their minds!

Including a game is a fantastic way to loosen everyone up and get all of the teenagers engaged. Here are some of the best teen party games ever, ranging from board games to old school fun. 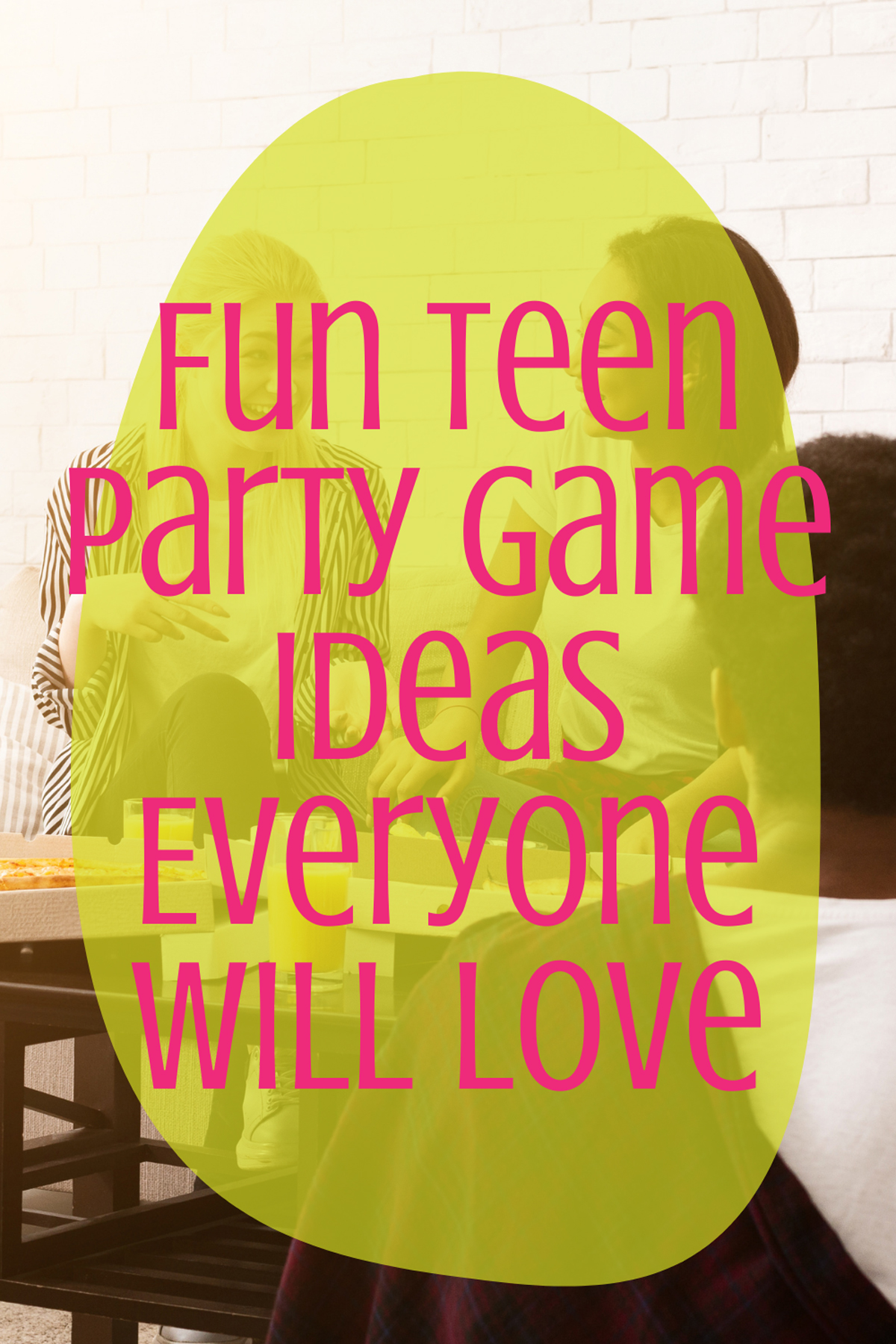 Codenames: Each player takes on the role of a master spy attempting to outwit an assassin in this enjoyable group word game. This game, like charades, necessitates planning and analysis, but more importantly, the ability to let loose and test one’s acting chops.

Telestrations: The classic game of “telephone”  now has a visual counterpart. This game will have everyone laughing and is guaranteed to spawn inside jokes that will last for years with no drawing skills required, just stick figures and a sense of humor. Our teenagers and their friends have the best time ever when they play this game, and I’ve never seen them have so much fun.

: Teens love the crazy comparison game because it’s so much fun. This is a great party game for large groups because of how easy it is to play. 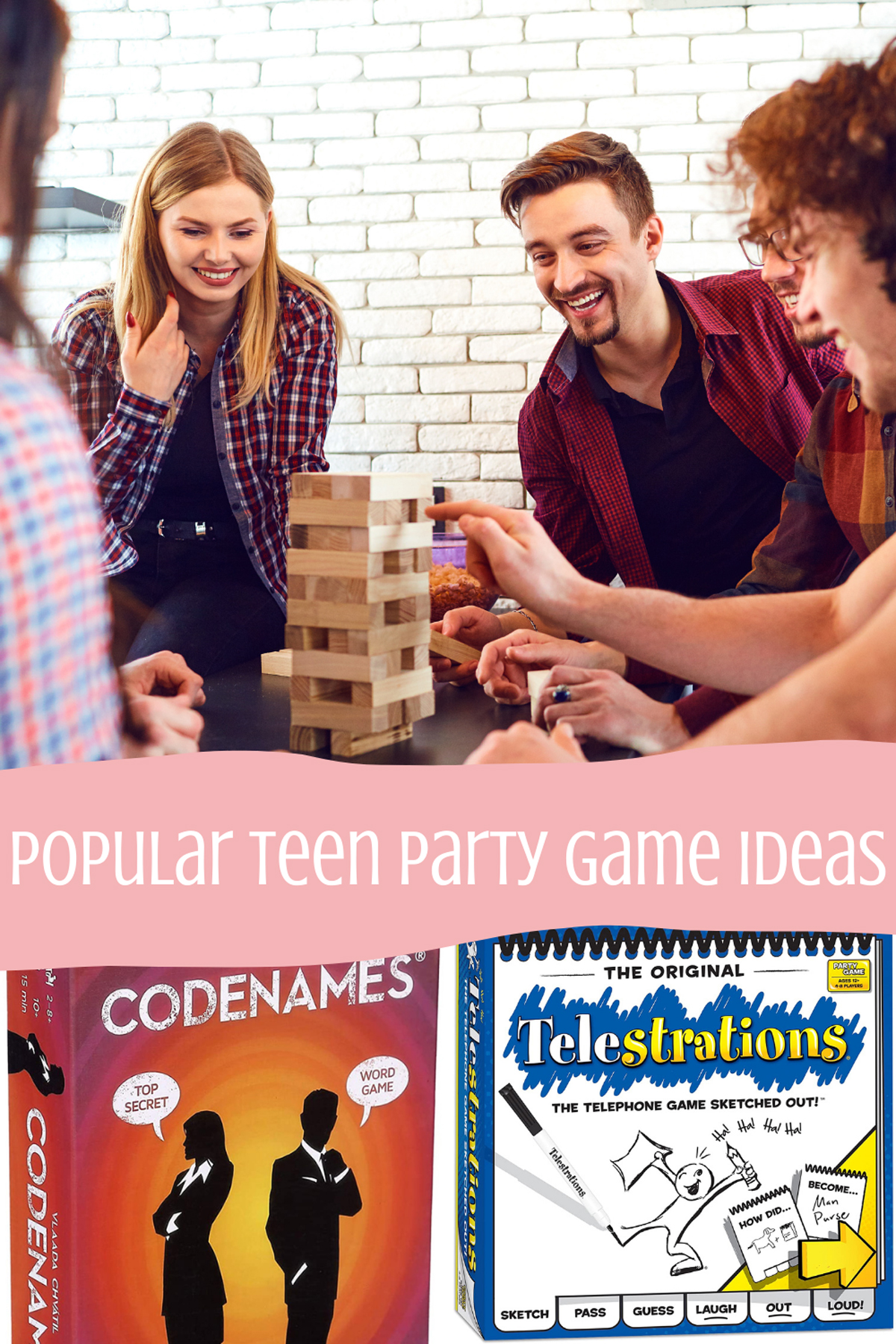 Ice Cool:  My family and I have played this game countless times, and it remains one of our favorites. The teenagers will absolutely adore it. This game can get pretty intense, so make sure there’s enough room for the teenagers to move around the table. Game your own here!

LRC (Left, Right, Center) Game: Quick-paced dice game with three dice, twenty-four playing chips, and a set of rules. The object of the game is to roll the dice, pass your chips to the next player, and eventually win the big pot in the middle. This game is great for teenagers because of the excitement and thrill it provides.

Board Games to Play at Teenage Party

The Voting Game:  Very much like “Who’s Most Likely To.” Participants take turns reading questions and casting votes for the other players they think  best answer each one.

Catan:  I love this game more than any other. Among the top tier of youth board games. It will take some practice to master the rules of this resource-gathering and -trading board game, but once you do, you won’t be able to stop playing this classic!

Scramble Twister Game:  Two popular games have been combined to form this one. Playing Twister, a timeless classic, or Scrabble, a thoughtful challenge, will get even the most sedentary people up and moving in no time. Make up words on a huge mat stuffed with letters and watch as your pals get tied down. 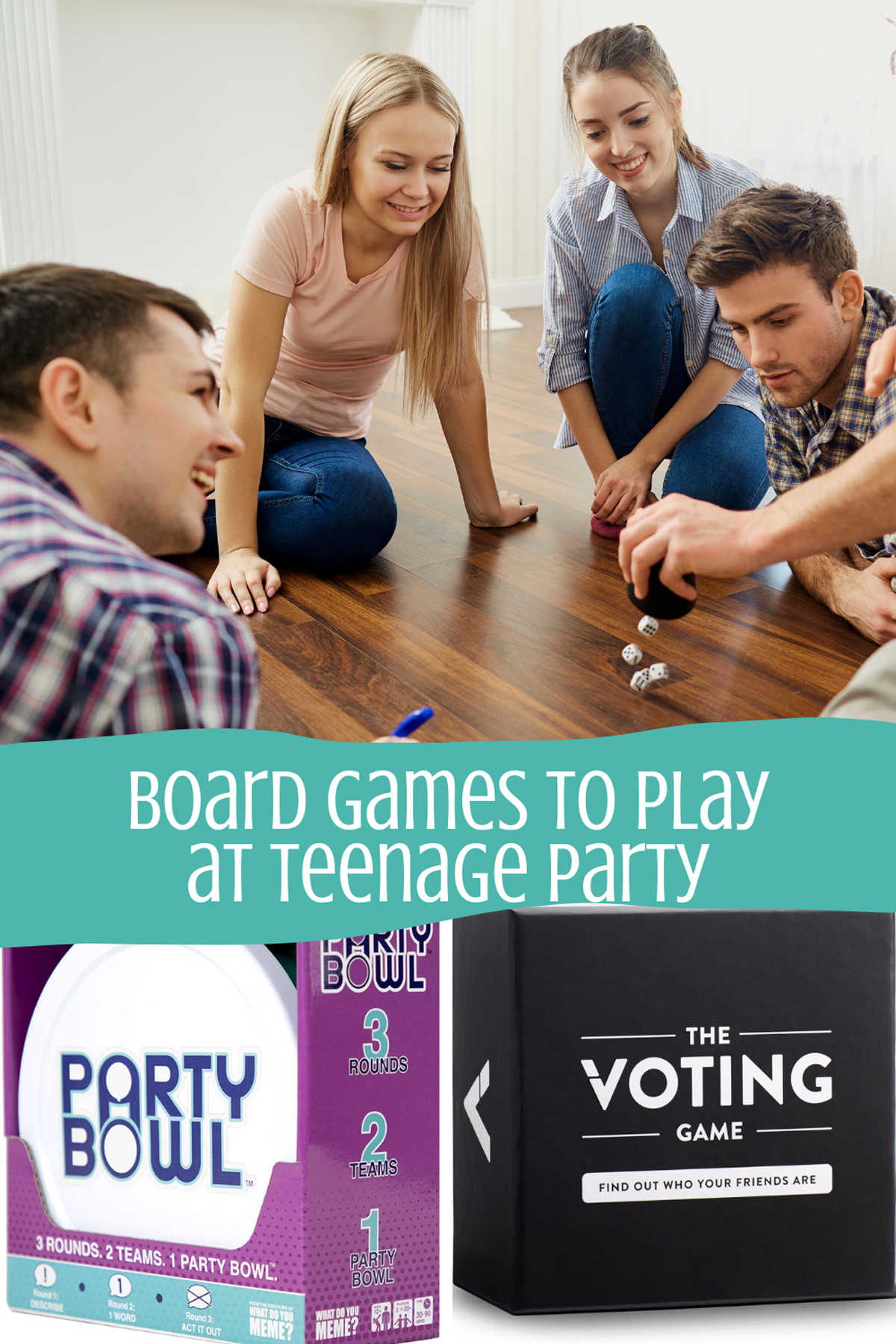 Party Bowl:  Your teenagers will love Party Bowl right away. Players divide into two teams, then toss cards with self-descriptive phrases written on them into a “Party Bowl.” Then, they take turns trying to determine who is hiding behind the cards.

5 Second Rule:  The Five-Second Rule is a hilarious and quick-thinking game that anyone can enjoy. Sometimes the most enjoyable games are the simplest ones, and that’s certainly the case here. The objective is simple: pick a card at random and name three things on it within 5 seconds. In any case, that’s all there is to it. The concept seems simple enough. But reconsider; it’s much more challenging than you’d imagine and extremely humorous.

Ping Pong Shake: I have never laughed so hard at a game. Work together, and place a ping pong ball into an empty tissue box. Players must shake what their booties until their box of tissues is empty.

Toilet Paper Icebreaker: Have everyone in the room take turns passing around a roll of toilet paper and ripping off an amount equal to their typical daily usage for the sake of this game. You’ll look completely insane in their eyes. Once the toilet paper has made its way around the group, have everyone tally up their squares. Each participant must share as many interesting anecdotes about themselves as the number of squares they selected.

Fruit Roll-up Game:  Kids and teens alike are obsessed with it. The objective of the game is to consume as many fruit roll-ups as possible in the shortest amount of time without touching them with your hands. 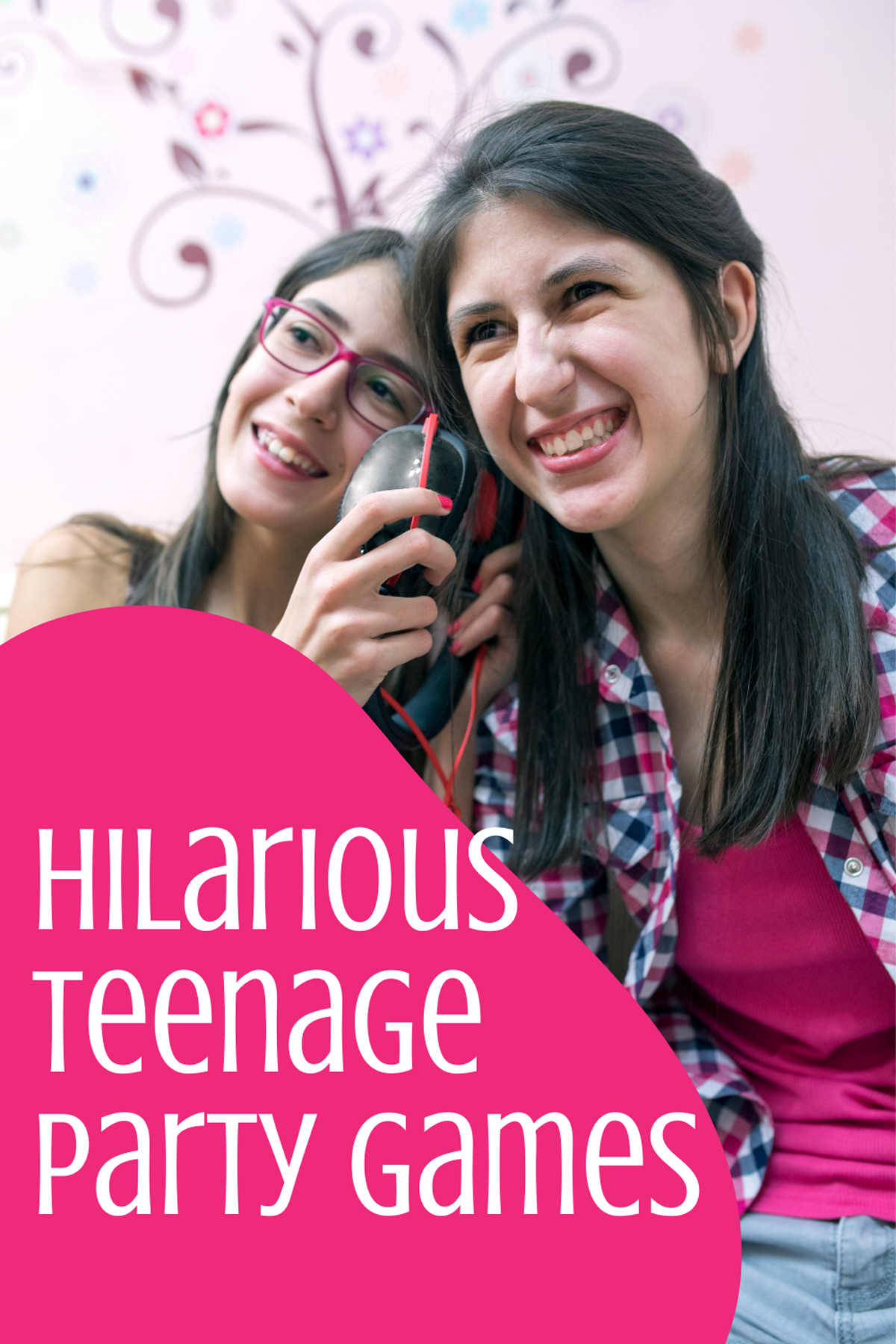 Raise the excitement level with these tried-and-true games for teenagers.

Balloon Pop: Put some silly questions in balloons and blow them up. You must first answer the question by popping the balloon without using your hands. It’s priceless to watch everyone attempt to pop the balloons without resorting to using their hands.

Saran Wrap Ball Game: To play, one must keep the ball in one’s lap the entire time. Then the player to one’s left rolls the dice until they get doubles, during which the ball gets passed to the person to the left. You repeat this process until all of the prizes have been won. This is an excellent ice breaker!

Winks:Each tightly closes their eyes and tap the shoulder of a guest to determine who will play the murderer. Other guests can all be identified as detectives. The killer has to start “killing” the cops one by one as soon as they open their eyes. A guest’s death must be very public and obvious if they are killed with a wink and a nod.

There will be a ‘name-calling’ round where guests who think they know who the murderer is can share their thoughts with the group. If they guess correctly, they win the game; if not, they lose their lives. Now, the murderer wins if he or she is able to eliminate all of the invited guests and all but one of the detectives. 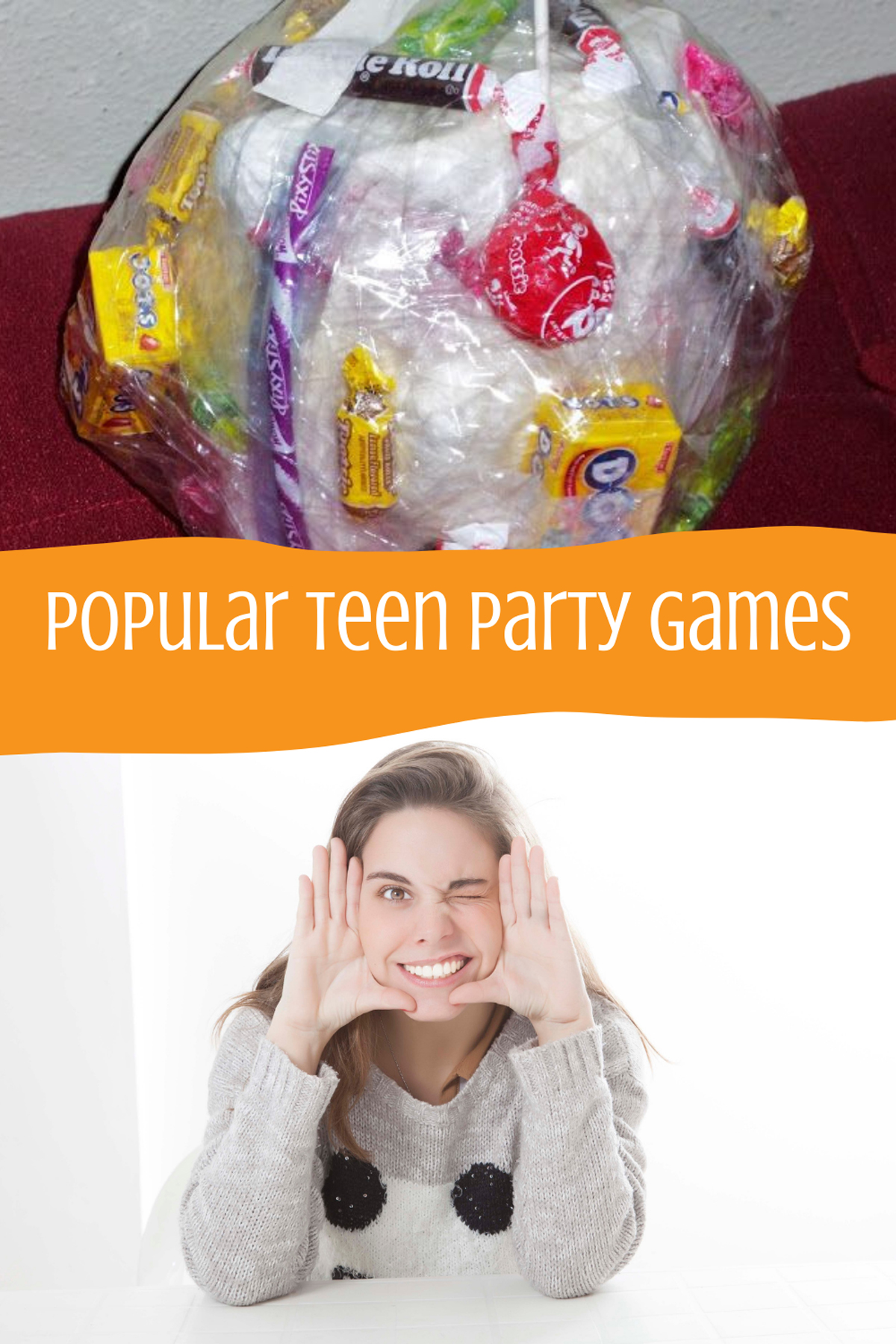 Two Truths and a Lie: Each visitor is asked to jot down two truths and a lie about themselves. Then, have each person read aloud their list of facts, and the others at the party must determine who told a fib.

Would You Rather:Make a jar full of “would you rather?” questions with two choices in each. All that matters is that players pick one of the two options presented for a given question, regardless of how plausible those options are. 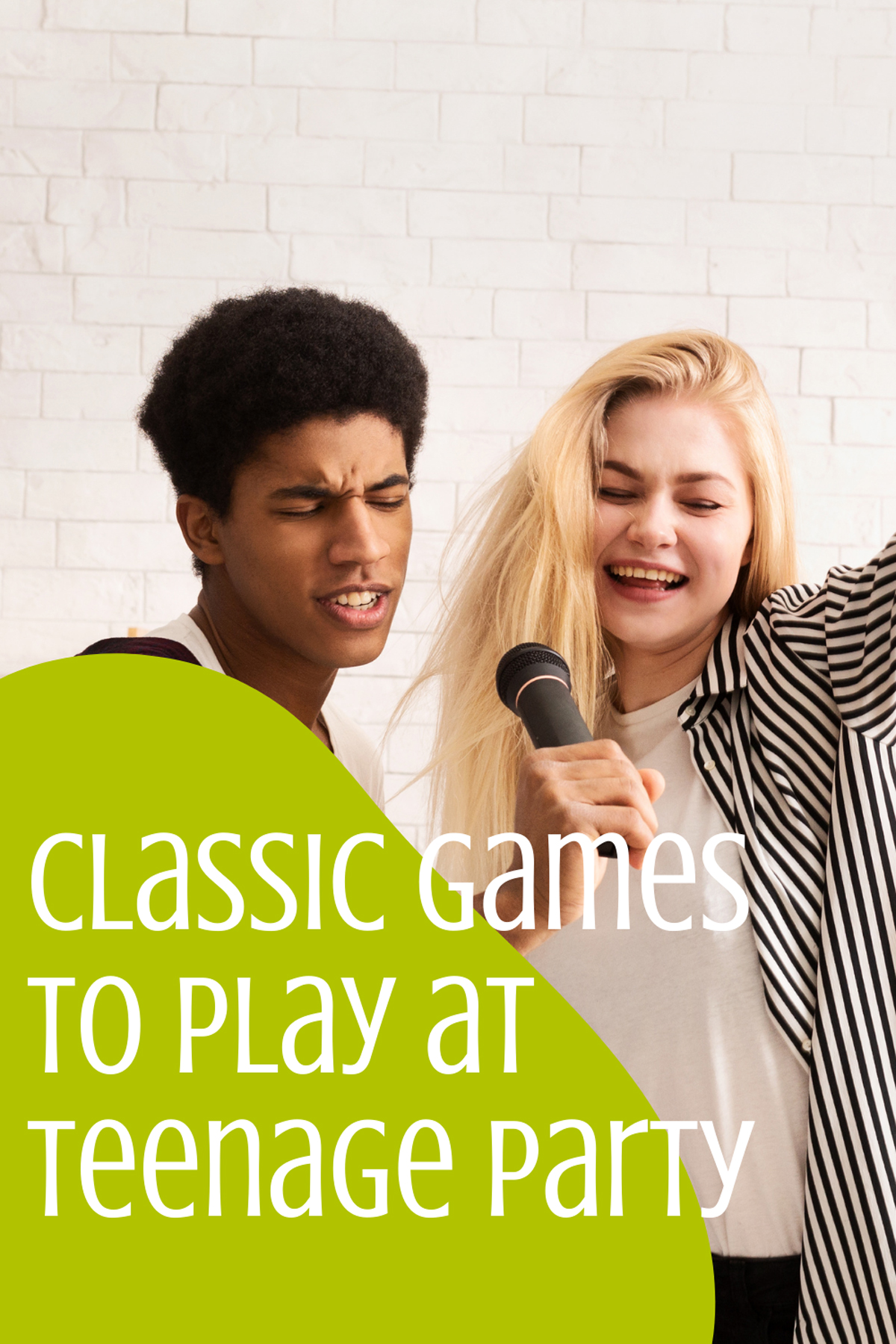 Truth or Dare: Parents, Teens, I have no doubt that you know and adore this classic party game.

15 Questions:Birthdays can be celebrated with any age. Everyone who attends answers a series of questions about themselves. This is a contest to see who can learn the most about the other players.

If you enjoyed these suggestions for games to play at a teen party, you’ll love the rest of the fun things to do with your teenagers.