Inside: A list of halloween costumes for tomboys teens that will work for whatever your style is.

Halloween is coming up and now is the perfect time to start thinking about what you want to be. Teenage girls are often pressured into wearing very feminine costumes, but that just doesn’t work for everybody.

Each of us has our own style that we feel most confident and comfortable in. Personally, when I was a teen, I was a tomboy. I like more gender-neutral clothing that was comfier rather than form-fitting.

I liked it that way, so it was kind of hard to come up with a costume that I would enjoy. 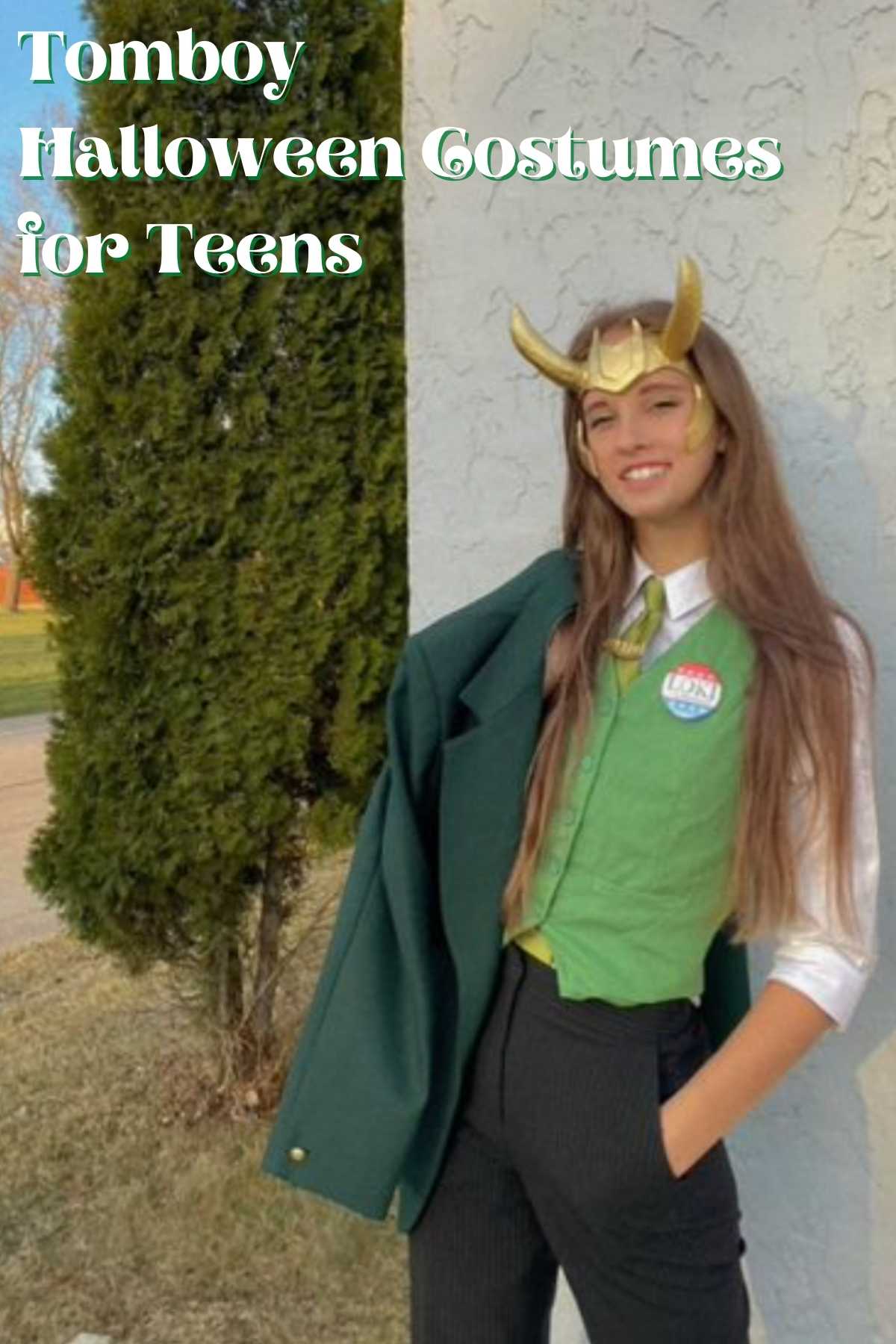 So for you tomboys out there, I have come up with a list of the best halloween costumes for tomboys teens that will get you super excited for this spooky season. Take a look through the ones below to see what might spark your interest.

If you don’t like costumes that take a long time to make then this first list is for you. I made sure to include some of these easy-to-put-together costumes because not all of us have the resources and time to put together something that is complex. But hey, that is completely okay. Even the simplest of costumes can have the biggest effect on Halloween. So take a look at these and see which direction you want to go.

1. Bad Bunny Bro – Bad Bunny is an Iconic singer/producer who has impeccable simple fashion. This girl killed it!

2. Football Players – Doesn’t get much more tomboy than football players.

3. Rue Bennett – Rue Bennett is the star of Euphoria, a popular TV show on HBO Max. She is the ultimate tomboy.

5. The Mask – The mask movie has a direct link to everyone’s childhoods, and it’s the perfect tomboy Halloween costume.

6. Tomboy Incredibles – Most of the time, the girl’s incredible costumes are tight and feminine, but these are a perfect tomboy version of them.

8. Trendy Hipster Outfit – If you aren’t someone who dresses very hipstery, then perhaps consider this costume: going as your opposite aesthetic.

9. Ghostbusters – Those jumpsuits are the perfect unisex costume.

10. Party Animals – This one is simple, cute, and effective.

12. 3rd Wheel – I think this one is hilarious because it was probably so true she made a costume out of it.

13. Safari – A simple way to achieve a tomboy costume is to dress like you are on a safari! 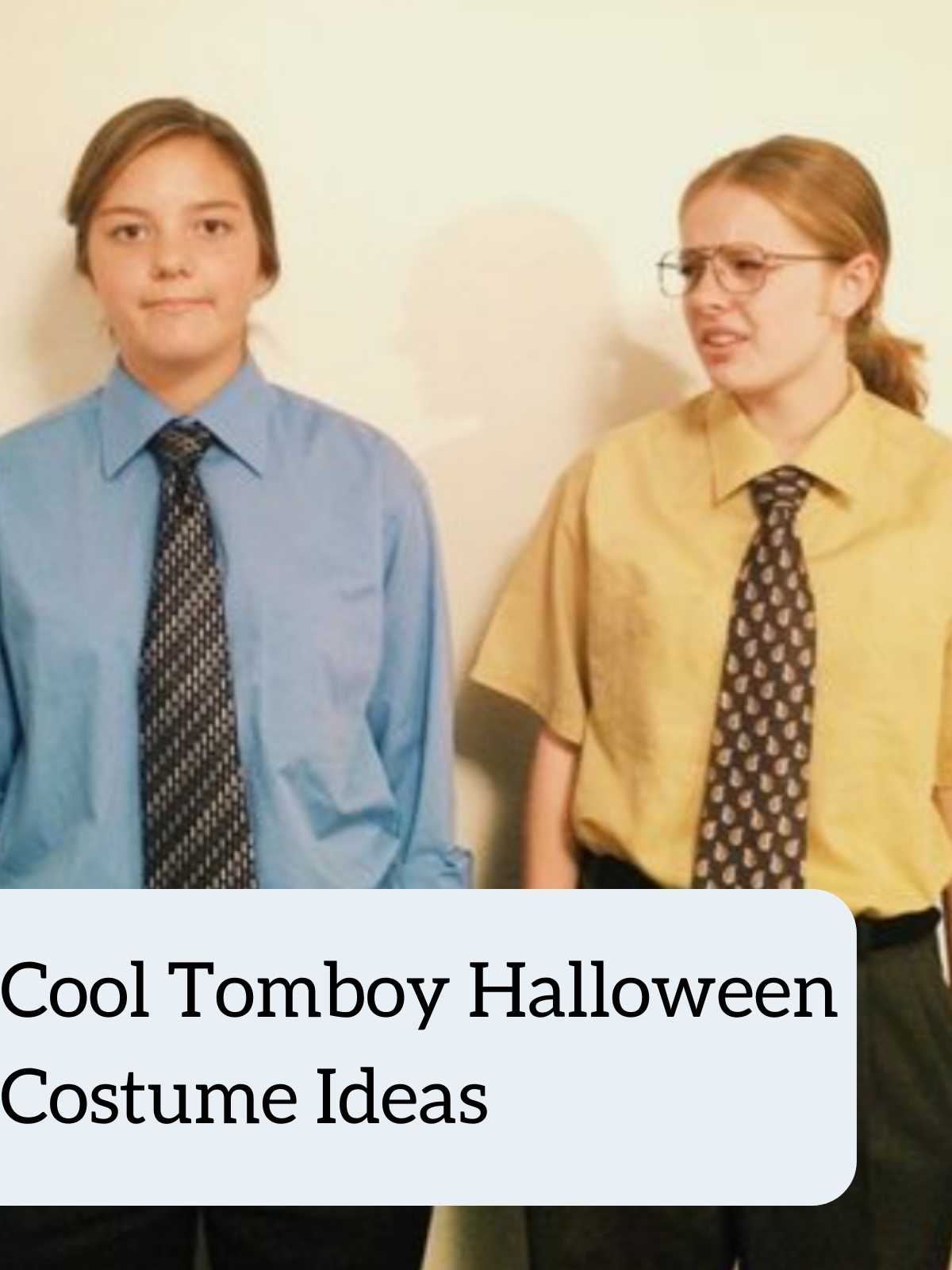 For this next one, I wanted to include some of the coolest tomboy costumes out there. These will definitely take a little more time and effort than the first list, but the results, in the end, will totally be worth it. I have found that the feeling of finishing a costume and seeing the idea that you had come to fruition is amazing and honestly, unmatched.

14. Two-Face – Two faces is the bad guy from the Batman Movies. Though that face makeup might take a minute to achieve…totally worth it in my opinion for the end result.

17.Sherlock Holmes – I love this one because you get to dress dapper, and it’s tomboyish!

18. Basketball Fan – Basketball fans out there…if you are lazy but still want to dress up try this super simple costume.

19. Loki Costume – Loki for President! This awesome president Loki costume is a direct reflection of the comic and the marvel nerd in me LOVES IT. She killed this.

20. Willy Wonka – Willy Wonka is one of those costumes that was just built for women with short brown hair…they won’t even need to buy a wig. Plus they get to wear an epic top hat. I am jealous!

21. Knives Out – This Knives Out costume is perfect, modest, and simple. It’s a must-have!

22. Ace Ventura – Did you really think I would make a list of tomboy Halloween costumes without including Ace Ventura? This costume has it all: Humor, Simplicity, and it’s perfect for tomboy teens!

23. Doctor Who – I am convinced that all you need for a Doctor Who Costume is a bow tie and a fancy coat. Still, it’s epically done and I love it.

25. Joker – Since I added Two-Face I basically had no other option than to add the Joker.

26. The Office – This one made me audible chuckle. If you love the office then you have to take a look. I will give you 3 guesses as to who they are. Not that you will ever need 3.

These are some of the most clever tomboy Halloween costumes that the internet had to offer. I have found things from Marty McFly to Step Brothers so there is absolutely something on this list that will be perfect for you this Halloween. Keep an open mind, and see which one tickles your fancy.

28. Jock – Jocks are the perfect costume for a tomboy teen. They get to dress up in Jock bro attire and feel comfy all night.

29. Bucky Barnes – Bucky Barnes is the Winter Soldier from the Marvel superhero movies. Though he started out as a semi-villain, he is now beloved here. He just had to reprogram his brain…that’s all.

30. Step Brothers – This one earned another audible chuckle from me. I love this movie and I love these costumes even more(if that was even possible). Take a look and take notes!

31. Captain America – Another marvel themed costume for you nerds out there. This girl killed this costume.

32. Mob Boss – This is a simple costume to put together but it’s super powerful.

33. Author – To dress like an author, you just need some fancy clothes and a long jacket. Sounds simple, but I dressed like this one year and everyone could guess what I was.

34. 1980s Time Traveler – If you love 80s fashion then this is the perfect excuse for you to try it out without judgment. Think bright bold colors, high pants…the whole shebang.

35. Fresh Prince of Bel-Air – The fresh prince is a beloved sitcom from the 90s that still has quite a cult following. Check out this awesome costume that perfectly exemplifies this show.

36. Simple Scary Clown – If you aren’t looking for a costume that takes a lot of putting together, then just simply be a clown.

37. Business Hello Kitty – Even the tomboys like hello kitty, but you can toughen this costume up by making it a suit and adding ears…it’s purrrrfect. 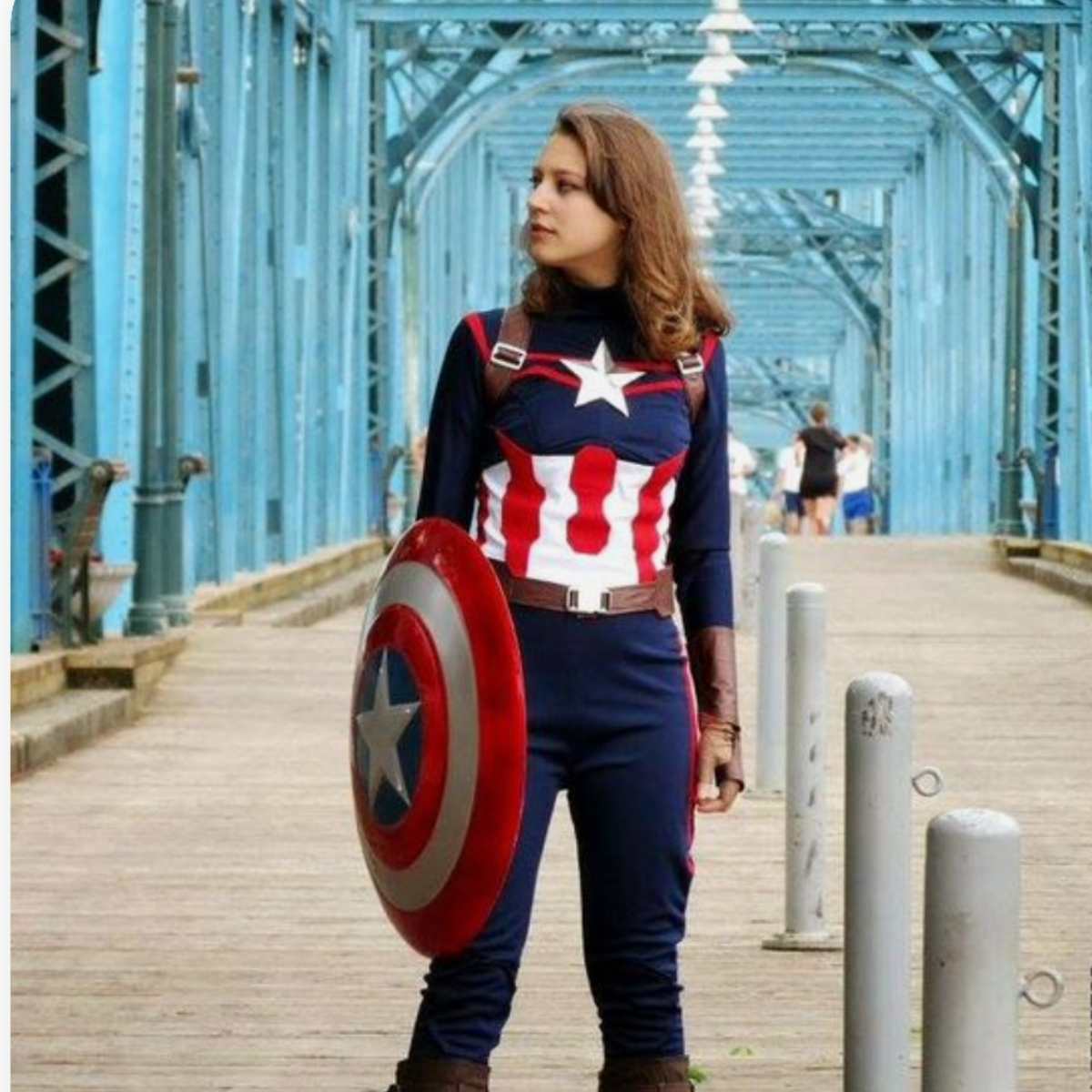 And there you have it. I hope you found my list of Halloween costumes for tomboy teens to be helpful. Remember, if you didn’t find something you love that is totally okay. Use these as a jumping-off point for your own costume.

You would be surprised how helpful these ideas can be for getting your creative juices flowing.

Halloween is about taking a break, having fun, and getting spooky. So get out there and enjoy the game, and the candy, and the masks.

I am Natalie, the eldest sister of two teens. I hope to bring not only a fresh outer perspective but an internal one as well when writing here.